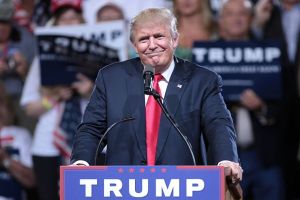 Tuesday night was like Election Day 2004 all over again.  The same feeling, the same shock. But this time the takeaway is more stark than it was on the night when George W. Bush was elected properly for the first time by the American people (the history books will say “reelected” but those of us in Florida know the truth on that one) and the Democrats lost four Senate seats. The bottom line is that our party doesn’t speak to white working class voters anymore – many in the progressive sphere demonize white working class folks implying in some ways they are virtually a subhuman ignorant species while playing identity politics and preaching tolerance while practicing intolerance at the very same time. My colleague Brook Hines detected this trend toward elite Clintonian/neoliberal contempt for working class whites in March and both her and I have noticed disturbing strands of it since.

If you think I am being stark and over the top, maybe I need to be to get this message across. We cannot live in our own silos anymore, we cannot demonize those with less education and worldliness than us while claiming we are tolerant. TOLERANCE MEANS TOLERANCE NOT BEING JUDGEMENTAL OR INTOLERANT BECAUSE YOU THINK YOU ARE SMARTER THAN THOSE YOU PUT DOWN.  The left has become more and more intolerant in this country through the last few years toward whites at the same time as the right has created a counter-reaction that pushes racial, ethnic and gender buttons. The book “Chain Reaction” which Bill Clinton read before his 1992 Presidential run described this phenomenon as it pertained to the 1980’s, but this largely faded in the 1990’s and 2000’s.  It’s been conjured back up now by both sides when progressives should be talking about economic inequality and how it impacts people of all races, ethnicities and genders rather than basically saying if you are not a minority or a liberal white millennial we don’t want you. Again this might seem harsh but this appears to be the undertone of much of the left’s push in recent years.

A few geographic places show us the trouble.

The slide of the Democrats in these three heavily working class and white counties (Volusia being less white than the other two) demonstrates why suddenly huge margins for our party in Broward, Miami-Dade and Orange Counties can be offset even in Presidential years. Pinellas County is the whitest urban county in the southeast United States. Yet it’s consistently given Democrats slight advantages at the top of the ticket in recent memory. But last night that stopped with Donald Trump winning Pinellas and substantially cutting Clinton’s margin across the bay in Hillsborough. Even more telling is Pasco County, which was won by Al Gore in 2000 but now is giving Republicans like Trump huge margins. Over in Volusia, no Democrat had lost the county since Michael Dukakis until Mitt Romney edged President Obama in 2012. Last night, Hillary Clinton got beat by double-digits in Volusia and lost neighboring Flagler by twenty points just eight years after President Obama carried the county.

The only two states in the union where President Obama won a state thanks white largely-rural or small town working class vote in 2012 were Iowa and Wisconsin. That’s because an effort was made by the President’s campaign to connect with these folks and soothe their economic anxiety. These same voters went overwhelmingly for Bernie Sanders  in the 2016 Presidential primaries, but Sanders’ success was poo-pooed by many in establishment left as being somehow illegitimate because he was “only winning white votes.” Meanwhile those white voters felt disrespected, did not appreciate how Sanders was treated by the party establishment and the DNC and many didn’t come home.  Worse yet it seems Clinton didn’t even try and engage them the way Obama and Sanders had.

David Brock and the Clinton machine created a “straw man” out of that demographic backing Sanders, and guess what? That demographic completely abandoned us in the fall.

Oddly also, the Clinton folks tried to use Sanders outstanding Civil Rights record against him but we’ll save that discussion for another day.

We all love minority groups if we are on the left – that’s a proven reality. However, we don’t have to bend over backwards and shout racism against white working folks, our natural allies every time we feel like it. We do not have to back candidates simply because of the color of their skin or their ethnicity. We do not need to pretend voters do not have anxiety about terrorism because we interpret those who shout about it as racists. Yes, Republicans like Marco Rubio play the race card and islamic fear factor to ride to reelection as he did against Patrick Murphy. This is truly deplorable and should be condemned as we have here. But we must engage some of these people’s fears which have been created by the likes of Rubio and fill them with hope rather than demonizing them.

Unfortunately, we’ve seen many Indian-Americans (who are dark-skinned by the way) embrace Donald Trump because of the fear factor and hatred of Muslims. I said last month I didn’t want those kinds of voters supporting Clinton or Patrick Murphy and while I still would have a hard time accepting them, listening to them and hearing them out may not be the worst thing. Therefore, I too fell into the echo chamber of calling out religious people simply because I disagreed with them.

We also cannot simply rally around establishment figures who use fear as a motivator rather than some sort of positive progressive vision for the future. The Clinton’s made Trump the issue not what we want our country to be. They lost some who had supported President Obama and Senator Sanders in the process.

The bottom line is we as liberals cannot demonize people because of race or education level. We need to start accepting people for who they are even if we somehow don’t like who they are. We cannot continue to live in silos and listen to our own echo chambers. We must listen to the American people and fight for economic equality. Bernie Sanders began to show us the way. We’d be wise to return to that direction starting as soon as possible.

← Early Florida takeaways from county level data (UPDATED)
What’s wrong with Volusia? Pasco? Brevard? Democrats must engage up and down I-75 and I-95 →