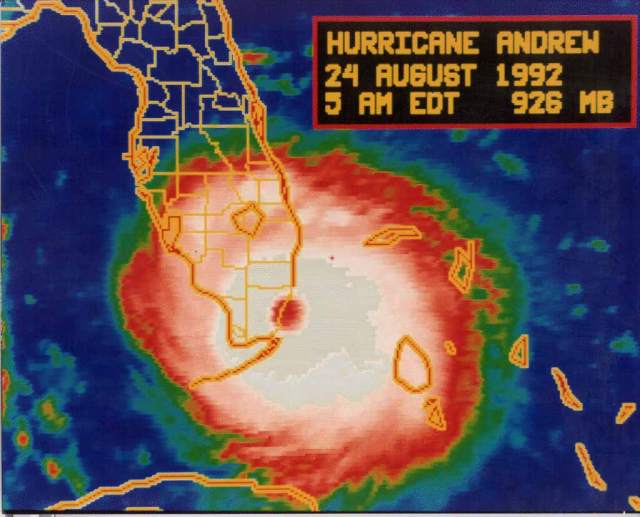 Every twelve years it now seems tropical weather becomes inextricably linked with presidential politics in Florida. For whatever reason, 1992, 2004 and 2016 are all years where major storm events have impacted Florida. Given Donald Trump’s loose and dirty mouth it appears he is not poised to take advantage of the perception that Governor Rick Scott and Florida’s Junior Senator Marco Rubio were proactive and compassionate during Hurricane Matthew. Additionally President Obama’s quick and decisive action regarding the emergencies takes the potential for partisan gain off the table.

That wasn’t the case in 1992 when Governor Lawton Chiles strong response to Hurricane Andrew combined with George H.W. Bush’s complete indifference to the storm’s devastation in southeast Florida almost swung Florida into the Democratic column in the November election. During the 1980’s Florida was the south’s most Republican state in Presidential Elections. Democrats lost Florida by an average of 23 points over the three Presidential Elections in the 1980’s (compared to an average of 18 points in Texas and just 13 in Alabama for a quick comparison) but Bush’s mishandling of the aftermath of Andrew quickly made Florida competitive and Bill Clinton lost the state by less than  two points in November.

In 2004, Republicans benefited from the four storms that crisscrossed the state.  Governor Jeb Bush’s adroitly used that year’s four hurricanes that hit the state to improve his own personal popularity and that of Republican elected officials. The ultimate winners were his brother who won the state by close to five points though polling never indicated George W. Bush would carry the state by the margin, and Mel Martinez, the closest thing to an accidental US Senator this state has had since Ed Gurney. Martinez, a deeply flawed candidate who won the GOP Primary by gay-baiting was carried to an upset victory over Betty Castor largely on the backs of Bush’s perceived strong handling of the 2004 storms.

Not so ironically, Bush would allow insurers to run roughshod over Florida’s citizens AFTER the election.

Republicans were probably hoping Scott would be able to pull off a Jeb Bush. The Governor did well this week, but it’s not enough to carry a misogynist buffoon like Trump to victory in this state and we certainly hope it doesn’t benefit Rubio either.