National media rises to the occasion during Matthew 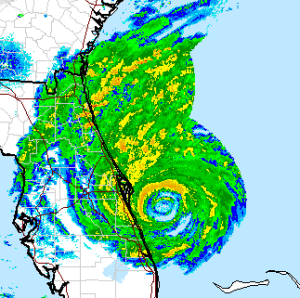 Through the years I have often noted that the reaction of the national press to Superstorm Sandy was different than many had to Hurricane Katrina or other storms that have hit Florida or the Gulf Coast. It seems in the past, for many in the media if storms don’t hit the northeast corridor stretching from Washington D.C. to Boston, then the storms are less relevant national events. The sometimes (but not always) condescending views towards the south expressed in Katrina coverage when compared the tragic tone of Sandy coverage including the post-storm portrays that Louisiana officials were incompetent whereas New Jersey and New York officials were on the ball added to my disdain. To me it was clear northeastern bias, something I have noted in the media time and again when it comes to non-political news events.

Thankfully, even in the middle of a presidential campaign, the national press has risen to the occasion during Florida’s hour of need and angst. All three major networks broadcast live from Florida as Matthew threatened to make the 1964/1965 and 2004/2005 hurricane seasons distant memories for Floridians. MSNBC, FOX News and CNN put political coverage on the backburner as Matthew approached the state.

It was refreshing to see such emphasis on a non-political event and one that could (and might still be) historic. The late-to-the-party attitude toward Katrina and the snickering commentary some gave us in the wake of that storm has at least thus far been checked at the door.