Cocky Democrats Might Be Humbled in November with Clinton as Nominee 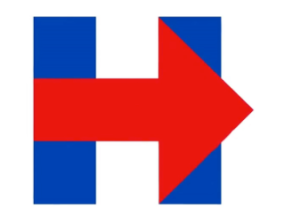 With the Republican freak show at the presidential level, a growing confidence bordering on cockiness has begun to sweep the ranks of institutional Democrats about the 2016 election. Secretary of State Hillary Clinton will almost certainly be the Democratic nominee and as a defined and perhaps fatally flawed candidate, the risk of losses for the party is real.

No doubt exists that the Electoral College map provides a built-in advantage for Democrats. But that advantage like the one the GOP enjoyed from 1968 to 1988 is very much open to a one-off failing like what the GOP experienced in 1976.

The national media has bought into the premise that 2016 could turn out to be a Democratic sweep unless Senator Bernie Sanders is nominated – but in fact it is nominating Clinton while the GOP nominates either Donald Trump or Senator Ted Cruz which could create problems for the Democrats. While in many cases Clinton might win the White House, problems down ballot could result for the party.

Democrats seem determined to make fear the primary motivator to drive turnout among voters on the left. But does this actually work? 2014, here in Florida proved that it might not. The thrust behind Charlie Crist was that “he was not Rick Scott,” and that proved a poor way to stimulate turnout. Voters historically have voted FOR something over simply playing defense or against something. This having been said, we live in different times, with massive demographic shifts and an incredible impact of mass and social media.

Still from where I sit, the Democrats likely have several scenarios as outlined above where things may not go as well as expected now that Secretary Clinton is the almost certain nominee. Food for thought.