The Democratic Progressive Caucus of Florida (DPCF) has released their 2016 General Election endorsements for candidates and amendments. According to the DPCF statement: The following progressive Democrats have demonstrated through their votes, position statements and/or political engagement that whether they serve in Washington, Tallahassee or their local community, they will fight for progressive values and put […] 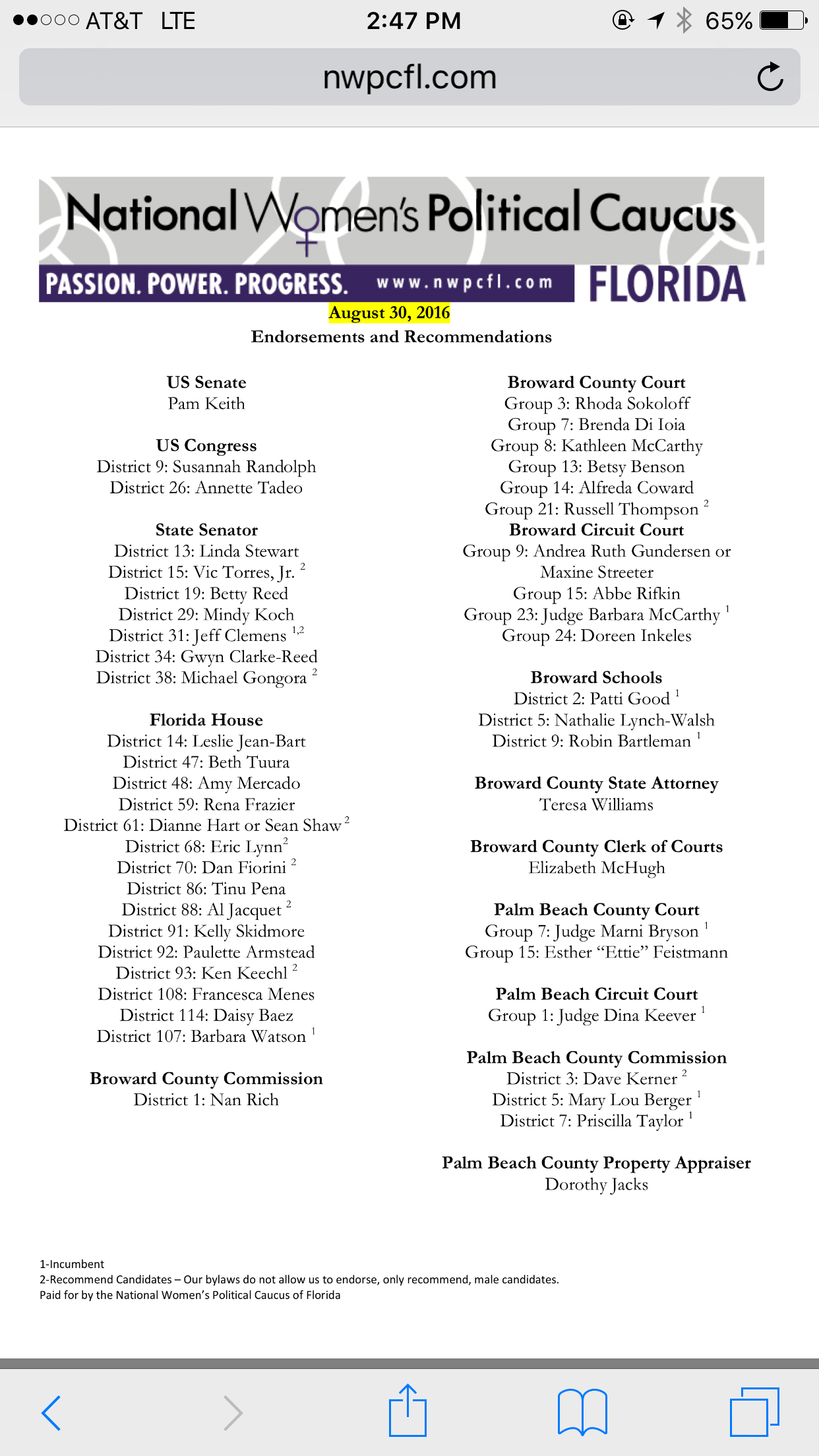