Due to Hurricane Irma we won’t have our latest installment of our month-long series on Hurricane Andrew this week. For those of you who have missed it, here are the earlier pieces of our series which is more pertinent the next few days than ever. 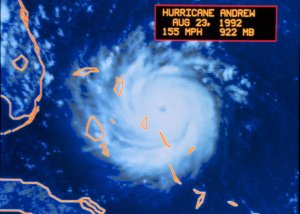 A conversation with Bryan Norcross, the hero of Andrew

← Could be worse than Katrina? Where could that happen…
Lesson from Irma – much of Florida cannot handle a big storm →