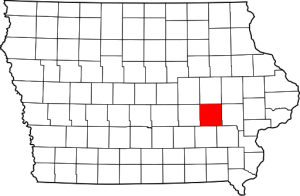 Marco Rubio’s performance in Iowa proved that the GOP’s anointed savior is now essentially the national front-runner if you continue to believe Donald Trump will fade. By closing strong in Iowa despite spending less time in the state than several candidates that finished below him, Rubio clearly established himself as one of the front-runners for the GOP nomination in the race with conservative stalwart Senator Ted Cruz and populist Donald Trump.

Rubio who we’ve run numerous articles on this site about in recent weeks is from where I sit the most dangerous Republican candidate – he is the most intellectually dishonest candidate in either party, the only candidate willing to accuse the sitting President of treason, and the candidate willing to say or do anything and associate with anyone to appeal to low information voters. Senator Cruz did win the caucus, but Rubio’s overperformance indicates he’s the candidate to beat going forward in either party.

On the Democratic side Secretary Hillary Clinton has electability issues. While much of Bernie Sanders support comes from self-described socialists and other liberals a fair amount of his support as I discussed last night on our Rabble radio broadcast comes from more moderate Democrats who fear nominating Clinton and the baggage both she and her husband carry could cost the Democrats the White House. A prevailing thought based on state polls recently has begun to circulate that Sanders is not as weak as originally thought in potential General Election matchups.

Secretary Clinton and the Democratic establishment have effectively shielded the campaign from serious questions that will be topics of discussion in General Election campaign. The President Clinton scandals may reappear and Secretary Clinton has her own scandals to deal with as well. While many Democrats discount the importance of Benghazi and certainly the Republican overreach on the issue was disgraceful, four Americans dying abroad after conflict of choice that the Obama Administration created with the backing Secretary Clinton and the subsequent poor administrative reaction is a serious issue. Similarly the (personal) server issue has not been completely resolved. The problem here is that trust levels for both Clinton’s are low so the Democrats have to be cognizant that any apparent ethical lapses are going to be more detrimental to her candidacy then they would be to other candidates because the public’s perception of both Clinton’s honesty is basically defined.

How the Clinton team which is known for being street fighters respond to a clear defeat (despite winning the Caucus – I remind everyone Lyndon Johnson actually won the 1968 New Hampshire Primary, but the perception was Eugene McCarthy had won (despite losing 49-42) and the President was out of the race for reelection soon after) and a statement by over half of the Iowa Democrats who caucused last night that they’d like someone else to represent the party remains to be seen. Prepare for nasty attacks and Clinton surrogates making all sort of outlandish and non-factual claims.

As always at TFS we will look to keep the claims of the Clinton camp in perspective.  This week we will also continue to examine Senator Rubio’s statements, record and associations as we have the last two weeks. Rubio now appears a GOP frontrunner and it is important as much information about his public record and statements circulate.