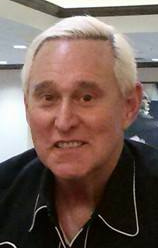 What we are reading: Hardball political operative Roger Stone finds himself on the receiving end

Roger Stone has been a national political player since the 1970’s. Since the late 1990’s he’s also been a major southeast Florida political player and currently works out of Fort Lauderdale. Famously, Stone was dubbed “Nixon’s man in Washington,” when the ex-President was in exile before being fully accepted back into political circles around the […]