Where are Florida Democrats headed? The unknown represents hope for a largely irrelevant party 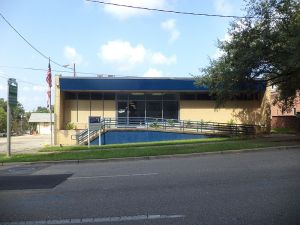 Longtime Florida Democratic Party (FDP) Executive Director Scott Arceneaux is poised to leave his job in the very near future. The Executive Director will depart after four election cycles where the party’s fortunes continued to decline though much of it was probably due to national trends and the incredible power of incumbency the GOP has developed around state politics.

While it might be unfair to place much, if any of the blame at the feet of Arceneaux, his departure does give FDP Chair Stephen Bittel a clean slate to work from as a party that is basically irrelevant on the state level attempts to rebuild. It also allows Bittel potentially to consolidate power by having a hand-picked Executive Director who at least initially in likely to know fewer people and have less influence with rank-in-file Democrats than the politically savvy and smart-as-a-whip Arceneaux did.

While it could be argued the nearly two decade long march to irrelevance of Florida Democrats on the state level (the party has lost 17 of the last 18 elections for Governor and Cabinet dating back to 2000, last had more than 45 members of the 120 seat House in 1999 and last had as many as 16 Senators in a 40 person chamber in 1998) was supplemented by a political wave from 2010 to 2016 which moved national politics significantly to the right (it was Election Night 2010 when the state governments of almost every other southerns states finally were looking from a partisan composition like Florida’s had for over a decade – heavily Republican at every level) and this is something the party itself cannot arrest as the train has left the station, many decisions still leave those who follow the party closely scratching their heads.

Let’s review the last four cycles when Arceneaux was running the party for those who are newer to the process or just simply have forgotten as some of us are prone to do once you hit a certain age.

In 2010, the FDP faced a wipe out, losing all four cabinet races, failing to put out the fire of a divisive effort to marginalize US Senate nominee Kendrick Meek in favor of then-Independent Governor Charlie Crist and fracturing the party in the process. It was said Meek couldn’t win statewide and measures had to be taken to force him out of the race, but the ill-treatment he received combined with Alex Sink’s inept campaign south of I-4  exacerbated  a turnout problem in a Republican wave year.

In 2012, despite having been drawn a map in the State House where President Obama had carried 54 districts, the Democrats returned to Tallahassee with just 44 seats. In several cases that cycle, House nominees in districts that turned out to be close received no party help – and the seats they almost won in some cases have now shifted solidly back to the GOP in the last two cycles leaving the Democrats with little chance of recapturing these seats. A dirty little secret that is often told in Tallahassee was that some in the GOP were hoping the Democrats would take advantage of a more favorable House map and that a reduced GOP majority in the lower chamber would make the caucus Will Weatherford and Richard Corcoran have had to preside over a little less unwieldy. But Florida Democrats in classic fashion were unable to take full advantage of the situation, making several errors in targeting. The net gain of five was impressive if viewed in a vacuum but a disaster if put in perspective as Barack Obama carried the state and 54 State House districts.

In 2014, Democrats lost all four cabinet races and somehow managed to lose 16 State House districts carried by the party’s Gubernatorial nominee Charlie Crist. While in fairness, each of these districts had its own individual elements and many were carried by Crist in a plurality (it’s very possible Libertarian voters backed GOP House nominees). Democrats failed to seriously contest two of the four cabinet races and in the CFO race nominated the embarrassing Will Rankin.

In 2016 things looked more promising. A Presidential election year and a favorable redistricting in the State Senate had many around Tallahassee thinking this was the year the Democrats had been waiting two decades for – a sweep of marginal State Senate seats would give the Democrats a 21-19 advantage in the chamber and with Donald Trump leading the GOP ticket some believed the majority was actually possible – more likely seemed to be a 20-20 split and based on the precedent of 1992-1994 when the Senate was split 20-20, the Democrats would control the chamber in one of the two sessions. However, for some reason the FDP and aligned groups played hard in six primaries according to our sources – losing five of them. Four of these primaries were in safe Democratic districts. Resources that could have been useful in the fall campaign were spent in July and August in safe Democratic areas.

As late as early-October 2016, Republicans were fearful that the State Senate could be in play. But when the dust settled November 8th, the Democrats returned to Tallahassee with just 15 seats. Considering Hillary Clinton and Patrick Murphy’s losses it was simply assumed that the top-of-the-ticket had let down Democrats running for the legislature had been crushed in a wave.  But Dave Trotter over at The Political Hurricane broke down the numbers and it appears Clinton was merely a few hundred votes away from a 20-20 split in terms of carrying Senate Districts and she carried 51 State House seats (which is less than President Obama or Governor Crist in the last two elections but still ten more than the Democrats returned to Tallahassee with in that chamber). It’s worth noting that according to Mr. Trotter’s analysis, progressive-stalwart Dwight Bullard  who had been subjected to a bruising primary where many in the party wanted him defeated was in a seat carried by Clinton with 56.40% of the vote.  Yet Bullard netted just over 40% of the vote himself in a loss to Republican Frank Artiles.

Whomever assumes control of the Executive Director post of the Florida Democratic Party is going to inherit a wounded animal – one whose infrastructure and effectiveness has long since waned. Florida Democrats have lost 17 of the last 20 statewide races and 17 of the last 18 statewide cabinet races – a record which is comparable to that of deep red states in the interior of the country. The new Executive Director will also inherit a party with a progressive wing that does not trust the establishment including the new FDP Chair, as well as an insider clique in Tallahassee who have long since checked out on the party.

The base of the Democratic Party has been reduced to urban counties in southeast Florida and around Orlando in addition to college campuses around the state and heavily African-American influenced rural Gadsden County. In terms of geography it would be almost impossible to cover less ground in this state than the Democrats currently. A sincere effort MUST be made the rebuild the party in medium sized and exurban counties that Democrats often simply drive through or fly over.

But the great unknown, so often the enemy in politics, is now a form of hope for Florida Democrats.

Loss after loss has battered the morale of even the most dyed-in-the-wool partisan in this state and perhaps the Stephen Bittel years with a new Executive Director provide a form of hope for many that wasn’t present previously. This is largely due to the divergent background of Bittel when compared to his predecessors and his connections to national money. But the fundamental job of making a functional party that can stem the constant and predictable tide of losses is much more difficult than symbolic change.

Democrats appear hopeful that changes are coming despite the near irrelevance of the party currently. Florida’s voters need the Democrats to revive themselves because the one-party state that has resulted from the FDP’s bad fortune has threatened democracy at its core, as a reckless and irresponsible GOP has taken advantage of what has essentially become a single-party state for a decade and a half or more. Cronyism and corruption are rampant on the state level as are conflicts of interest created by political consultants who double as lobbyists.

The sincere hope of those who value democracy and a two-party system in a state that has gone off the rails under GOP rule, is that the Democratic Party can get its act together. But given recent history, merely changing Executive Directors and internal structures in clubs and caucuses, among other things, is unlikely to make much of a difference. But perhaps it is the start that will give hope to those whose morale has been crushed time and again by constant defeat.