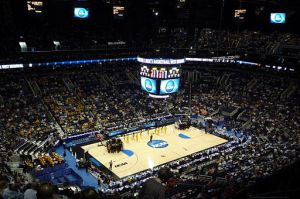 Florida, Florida State, Florida Gulf Coast and Miami all made the NCAA Men’s Basketball Tournament marking the first time four Florida schools have made the “big dance” which begins Tuesday. Florida Gulf Coast and Florida State will face off against each other Thursday, marking the first match up in the NCAA Tournament between the schools. The best year historically in recent years for Florida schools in the tournament was 2013 when Florida advanced to the Elite 8, Miami, the ACC Champions that season advanced to the Sweet 16 and Florida Gulf Coast shocked the country by advancing to the Sweet 16 as well.

This has been a watershed year for Florida schools as last season only Miami and Florida Gulf Coast made the the NCAA Tournament from the state (Miami advanced to the Sweet 16). The return of Florida to the tournament for the first time since 2014 and Florida State for the first time since 2012 is welcome news for hoops fans in the Sunshine State.

Florida won the 2006 and 2007 National Championships under Head Coach Billy Donovan, the only two championships won by a school from the State of Florida.

← What we are reading: Emirates bookings down 35% to the United States after first travel ban
Governor Scott is right – House being shortsighted (that’s an understatement) in gutting Enterprise Florida →