Greyhound racing has run its course | PART ONE

Despite the fact that almost everyone knows greyhound racing is archaic and inhumane, this Monday, national morning cable show “Fox and Friends” will promote the old-style live gambling performance by featuring Janice Dean, “The Weather Machine,” a racing greyhound named after their on-air meteorologist. The racer will be flown from the Palm Beach Kennel Club to appear live in studio that morning.

Greyhound racing is dying in Florida, so I’m willing to bet that Janice Dean’s appearance on Fox and Friends is the result of a PR campaign to boost the industry.

Since 2001, the market has spoken with a staggering 70% decline in the amount of money wagered on greyhound racing. 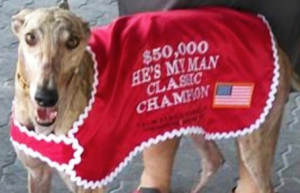 Maybe the reason people don’t like to bet on dogs anymore is because they know greyhounds are kept confined in warehouse-style kennels for an average of 20 hours a day. When they’re let out to race, they face the risk of serious injury which often results in the end of the dog’s career, and life.

In Florida, a greyhound dies every three days. At the Palm Beach Kennel Club featured on Fox and Friends, 24 greyhounds have recently died, including one greyhound named Royal Runner who was electrocuted to death. Janice Dean faces these same risks every time she is taken out of her solitary metal cage to race. Instead of celebrating dog racing, Fox-TV should be advocating for abuse of these gentle dogs to end.

Let Fox and Friends know how you feel about greyhound racing by dropping them a note on their Facebook page.

Right now there are only 19 tracks that feature live greyhound racing in the entire United States. Of those, 12 are located in Florida.  That’s because our state’s gambling laws essentially mandate that live racing must be featured at venues in order to offer forms of card table gambling such as poker. To bet on greyhounds outside of Florida, you have to travel these forward-thinking bastions of animal husbandry: Alabama, West Virginia, Iowa and Arkansas.

Greyhound racing is a mid-century indulgence — like low ceilinged ranch houses, and smoking while pregnant — things we know better than to do now. It came into fashion after WW2, and began its decline after the 60s. Greyhound racing’s initial decline predates widespread safety belt use, lead paint regulations, and even touch-tone phones. Isn’t it ridiculous that Florida law mandates that inhumane greyhound racing be offered in order for other, more popular forms of gambling to occur?

For years, lawmakers in Tallahassee have tried to “decouple” dog racing from other forms of gambling. There’s an opportunity to do so this year.

More on that in PART TWO. 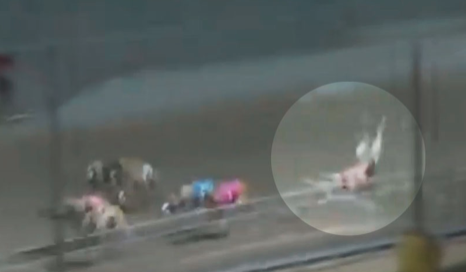 A greyhound falls on an American track in 2016