What we are reading: Alabama ports take advantage of Florida’s narrow-mindedness 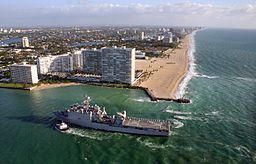 Governor Rick Scott claims he’s bringing more business to Florida. That’s a tough sell considering Florida’s GDP growth was in the bottom-half of the United States for 2016. Scott’s ideology prevented multiple Florida ports from taking advantage of the liberalization of relations with Cuba (up until last week negotiations were progressing well) and therefore falling into a competitive disadvantage versus our neighbors. Now Alabama has taken full advantage of Florida’s ideologically motivated economic isolation to ink a deal a deal with Cuba per The Tampa Bay Times.

To add insult to injury, the agreement was signed in Tampa.