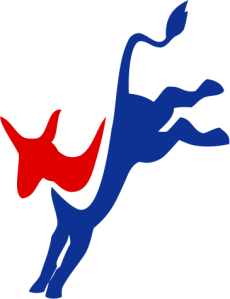 This past Saturday, Florida Democrats elected Stephen Bittel as the new party Chairman by a wide margin. Bittel’s first major event in his honeymoon period appears to be meeting with billionaire donors and Clintonian propagandists. Bittel as FDP Chair has taken office in time for this coming weekend’s billionaire retreat hosted by David Brock, the former right-wing hitman toward the Clinton’s of the 1990’s turned Democratic sympathizer of the late 1990’s/early 2000’s and Clinton propagandist since the mid 2000’s.  The Democrats answer to Davos will take place here in Florida and will consist among other things of a cattle call for potential DNC Chairs – following the Florida model of the newly elected Chair here being vetted by top donors and a process being manipulated to ensure his election (though it could be argued such an illogical process as the FDP has deserved to be manipulated the way it was by Bittel’s team) .

Since the mid 1990’s the Clintonian wing of the party has played the politics of personal destruction and demonetization every bit as well as the Republicans. Sidney Blumenthal’s attacks on reporters in the late 1990’s including former liberal allies such as Christopher Hitchens helped create a culture of submission among Democrats and many in the media world toward Clintonian measures. Those like Hitchens who didn’t play ball or felt Bill Clinton was a genuinely dishonest and flawed character (how could any objective individual feel differently?) were marginalized or even driven to the other side of the political ledger.

Blumenthal then helped spread the salacious rumors about President Obama during the 2008 primary that made its way into the more pro-Clinton elements of the press and continued this pattern into the 2010’s. It’s often forgotten in 2017, how nasty the Clinton forces were toward the Obama candidacy in 2007 and 2008, subtly yet aggressively spreading the same sort of false innuendo that Donald Trump did after Obama’s election. Blumenthal was the architect of this strategy along with Howard Wolfson who had served in consulting role for Rupert Murdoch’s NewsCorp and was also a FOX News contributor.

Brock, whose background included involvement with the R. Emmett Tyrrell Jr. publication The American Spectator which dug dirt up on the Clinton’s during the first Presidential term wrote a sympathetic biography of Hillary Clinton while still ostensibly a conservative in 1998. From that point forward, Brock became an integral part of the Clintonian team serving on the outside in a similar capacity that Blumenthal, an ex- New Republic and New Yorker writer did on the inside of the Clinton team.  In 2016, with Brock and Blumenthal helping to create the national narrative, the Clinton campaign focused on demonizing Donald Trump and those who supported him rather than engaging voters in an uplifting and positive manner. The results as we have discussed for two months on this site were nothing short of disastrous.

With local anger at the grassroots level throughout the country spilling over toward the Democratic establishment, billionaire donors and Clintonian friends, Brock and his allies are doubling-down on trying to crush dissent via control of the party infrastructure and apparatus. Those who thought the end of the “Third Way” had come with the 2016 Presidential Election have to be sorely disappointed with how things are playing out. Despite Democrats being at the lowest ebb in terms of officeholders nationally since the late 1920’s, the establishment is clearly trying to hang on and thus far seems to be doing so with much success.

Where does Stephen Bittel fit into this? The new FDP Chairman is comfortable in a world with billionaire donors and party elites. Perhaps that isn’t a terrible thing as he will give some parties a seat at the table, but he certainly isn’t the type of individual to shake up the controls establishment figures are putting on the party once again in the wake of a humiliating electoral defeat.

The Democratic Party has become more of an elitist country club with a price of admission than grassroots driven political party. With continued losses mounting it appears the critical moves by party leaders are to maintain control so that the spigots stay on. When so many are feeding at the trough financially or professionally of third way politics, it’s difficult to effect any positive, long-lasting change within the party infrastructure.  The Clintonian wing of the party will stop at nothing to retain control even if that means circumventing the party infrastructure itself.

While elites from coastal areas like Miami benefit from a Democratic Party controlled by billionaires and Clinton allies, working class people from the interior of the country suffer from Republican policies and not only losing their voice in the Democratic Party- but from being treated with utter contempt bordering dismissive disdain by those running the party.

Thanks to Counterpunch.org for heads up on this weekend’s event and we will be monitoring what results closely.

← MLS returning to St Petersburg this February
Florida Democrats and the catholic vote →
Join 22,501 other subscribers