Dan Webster for Speaker without a seat? Yes it is possible 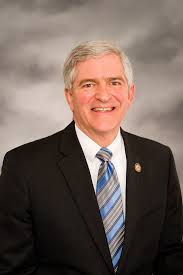 Since Speaker John Boehner announced his resignation on Friday, speculation has been rife about Florida’s own Dan Webster emerging as a conservative alternative to House Majority Leader Kevin McCarthy. But the problem is Webster appears likely to not have a winnable House seat in the Orlando area so he cannot be House Speaker…but that is technically incorrect.

According to the Clerk of the House, the Speaker does not have to be an elected member of the House of Representatives. While no non-member has ever been Speaker, it is technically possible. In fact in 1997, Iowa Republican Jim Leach of Iowa who was a moderate that later backed President Obama voted for former House Republican Leader Bob Michel for Speaker instead of Newt Gingrich. Michel was no longer a House member at the time.

In fact when Newt Gingrich announced he would step down from the House Speakership and then his designated replacement Bob Livingston was revealed to have had an affair around the time of the Clinton Impeachment, talk was active that a non-member might be put in charge of the House.

Of course it is highly unlikely Webster could be Speaker without being a member. But much of the coverage of his potential candidacy for Speaker has avoided discussion of this technicality and assumed he couldn’t serve more than the remainder of his current term if he does not have a favorable district to run in. Technically that is incorrect.