WHO STOLE THE SOUL: Defining the battle for the “soul of the party” 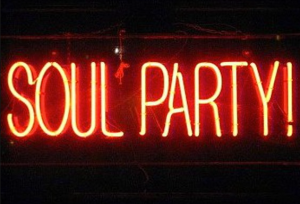 It’s been said of Florida’s highest-profile 2016 Democratic primary races, that they’re battles for the soul of the party. It’s strange nomenclature, even if on the the face it seems clear cut. It’s not obvious what the party’s soul actually is, what it looks like, or how we’d know if was won or lost. Regardless of how vague and ambiguous it is, “The Battle For The Soul of the Party” (BFSP) is compelling. You don’t want to miss a moment of this action, which will continue on for the next eight months, and beyond.

There are certain assumptions that can’t be avoided in this scenario. Even though it’s not made explicit, it’s implied that there’s one candidate who represents The People (the soul) and one candidate who doesn’t. So the BFSP is an epic battle of the little guy trying to win against all odds against the forces of evil. It’s classic comic book stuff. 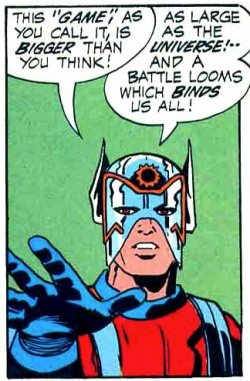 Political campaigns speak the language of symbols, and the most basic of symbolic gestures is the binary opposition: good or bad, left or right. According to the BFSP metaphor we’ve added a new one: The People or The Party. Everyone wants you to think they represent The People and not the Powers That Be. Thankfully there are voting records and public statements to help us decipher who is on the side of The People and who isn’t.

Writing in The Nation, Eric Alterman observes that clearest version of BFSP is illustrated in the war between Governor Andrew Cuomo and New York City Mayor Bill de Blasio:

“Cuomo is also a darling of the superrich who has forced through fiscal and financial policies that only a hedge-fund manager (or a campaign-finance chair) could love. To wit, he has capped property taxes, slashed the corporate tax rate, created tax-free zones for start-ups, and extracted concessions on wages and benefits from the state’s largest public-sector union—and that’s just for starters. If the future belongs to Cuomo, then the legacy of the New Deal (and, not incidentally, of his late father, Mario Cuomo) will finally become extinct. The Democrats, like the Republicans, will be a party of the wealthy for the wealthy—more specifically, the pro-choice, pro-gay-marriage, pro-immigration, and pro-science wealthy.”

Alterman is saying that giving lip service to economic justice while delivering only identity politics is the highest form of cynicism.

Progressives pay a big price for steadfastly insisting that The People be treated fairly. Party leaders distance themselves from these champions. They forego easy money from big donors, and they’re taunted in the media as chasing unicorns. Alterman points out that “Centrists,” or more accurately, Corporatists, are willing to cut deals that will extinguish the New Deal. Some do it more quietly than others, but all will claim that they’re “the grown-ups” in the room for selling out the interests of the The People.

If cynicism and hypocrisy is the only route to office, then what’s the point of electing these guys? It’s the “Lie Agreed Upon,” that no one will rock the boat when those who sell themselves as Progressive actually vote as Corporatists. The extremes of economic inequality that are plaguing our state are quickly making identity politics and social liberalism luxuries of a bygone era.

What people need right now are fair wages so they can have a roof over their head and maybe see a doctor. Our unemployment rate is low. Workers are more productive than any time in history, and yet families still can’t make ends meet, take a sick day or have the assurance that a medical emergency won’t result in bankruptcy.

Alterman continues: “On the other side is New York Mayor Bill de Blasio, also a social liberal, who has focused on tackling the city’s inequality crisis…he has passed paid-sick-leave legislation and a limited living-wage executive order; and is fighting for a $15 minimum wage in the city, among many other initiatives. But most of his plans have been frustrated by resistance in Albany. This is the case even when such measures would cost the state nothing.”

Progressives know that the battle for the soul of the party isn’t about a left/right binary measured solely on identity politics. It’s about a rich/poor binary — or, rich/middle class, if we’re using approved messaging. That’s why progressives put an emphasis on examining the actual candidates to determine if their actions are consistent with prioritizing the economic interests of everyone, and not just the super-wealthy.

Progressive values are so ascendant in the culture now that even “Centrist” party candidates trade on the idea that a win for the soul implies a win for Progressives. Otherwise they wouldn’t send out fundraising emails claiming to offer “bold, progressive solutions,” and that they’ll win “with grassroots support from thousands of supporters…not just big donations from lobbyists and millionaires.” Which is to say, “this candidate’s base actually comprises lobbyists and millionaires, but won’t you kick in a few bucks so we can also claim to have grassroots support?”

If being a Progressive is so beneficial for garnering votes and small-dollar donors, why don’t these politicians vote that once they’re way in office? If those votes given to Republican causes were so honorable, why not fundraise on them? Why not own your centrism? Elected officials either voted for corporate interests, school privatization and mandatory ultrasounds, or they didn’t. If these were such good votes, what’s the problem in selling yourself based on them?

Why not tell the truth?

The progressive base in Florida is stronger than it has ever been. I don’t know why that is. Maybe it’s because people’s lives have reached a point where they’re looking for real solutions and people with backbone to fight for them. Maybe it’s because Progressives have gotten better at getting our message out. Maybe Floridians are just sick of losing all the time with Republican Lite candidates who promise and can’t deliver.

Whatever it is, no one is breaking out their old DLC t-shirts to head down to the campaign rally. Instead they’re wrapping themselves in rainbows and green signage, while downplaying all the votes that shifted economic burdens from corporations to working and middle class families. Or, required mandatory ultrasounds, or took money from public schools to line the pockets of private corporations.

If this election is for the soul of the party, we should at least define what’s meant by that. If cynicism is the only route to office, and “the grown-ups in the room” demand only lip service for issues that are matters of life and death to working families, then what’s the point?

This battle for the soul of party isn’t about symbols — we’re sick to death of symbols. It’s about whether or not anyone in the party actually has a soul.