“Gone with the Wind”: The academic history behind the racist “Lost Cause” narrative

Editors Note: In light of recent events we are re-running this article which first appeared in February. 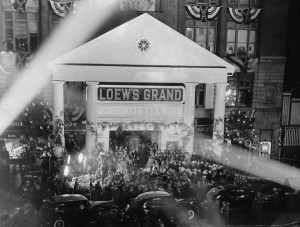 President Trump’s citation of “Gone with the Wind” as an American film worthy of commendation while ripping a film by a Korean-producer could not have been an accident – it has to have been a carefully-scripted dog whistle to neo-Confederate types whose turnout will be important for the President’s reelection.

“Gone with the Wind,” is the most racist famous film in history. It is a movie that tells a historically inaccurate picture of the Civil War, Reconstruction Era, North and South. It is also a film that in my opinion glorifies rape, something in this #MeToo era needs to be further discussed, but we won’t go there today. But some time in the near future it is worthy of greater discussion.

“Gone with the Wind,” is a key component of the “Lost Cause” narrative that among other things has brought up generations of students believing that the southern cause was virtuous, slavery benevolent and Reconstruction a brutal overreach by corrupt northern Republicans. It’s a narrative that insists slavery wasn’t the only cause of the Civil War, Robert E. Lee was a wonderful humanist, William Sherman was psychotic and Ulysses Grant, who championed Civil Rights legislation and voting rights for African-Americans was a corrupt drunkard who failed in everything he ever did in life (which is somewhat irreconcilable with the fact he defeated Lee on the battlefield, but this narrative was never meant to be realistic or historically accurate was it?).

How did “The Lost Cause” narrative become commonplace not only in southern schools but nationally, even in places Donald Trump grew up? Part of the blame goes to the academics of the early 20th Century, many of them progressives on economics (akin to a Bernie Sanders or Elizabeth Warren of today) but determined to forge a “national reconciliation” and to promote left-wing economics among southern whites. Most were probably Democrats and winning votes for progressive Democrats in an era of Jim Crow and Black disenfranchisement was critical.

That meant blaming African-Americans for part of their problems, and casting the Freedman of the Reconstruction era as tools of Northern Republicans, who bought and paid for the vote of those incapable of thinking for themselves.

Also to blame is Hollywood which became with the likes of D.W. Griffith a place where southerners could promote a version of history that was dangerous and incorrect. Griffith’s epic “Birth of a Nation,” cast the Ku Klux Klan as heroes and blacks of incapable of independent or rational thought.

The Ivy League which is today diverse, multicultural experience was a bastion of white, protestant elite and racist thought.  Contrary to modern narratives, racism was alive and well in the North throughout the 1900’s and sympathy for the “lost cause” of the Confederacy peaked in the 1920”s and 1930’s. The so-called Dunning School of history which grew out of Colombia University in the early 1900’s was leading distributor of reconstructing thought about reconstruction and the Republican Party. Quoting Wikipedia:

The Dunning School refers to a group of historians who shared a historiographical school of thought regarding the Reconstruction period of American history (1865–1877). The Dunning School viewpoint favored the conservative elements (the Redeemers, rich landowners, businessmen, and Northern Democrats) and disparaged the Radical Republicans in the South (a coalition of blacks, Radical Republicans, Carpetbaggers and Scalawags) . The views of the Dunning School dominated scholarly and popular depictions of the era from about 1900 to the 1930s. Adam Fairclough, a British historian whose expertise includes Reconstruction, summarized the Dunningite themes:

All agreed that black suffrage had been a political blunder and that the Republican state governments in the South that rested upon black votes had been corrupt, extravagant, unrepresentative, and oppressive. The sympathies of the “Dunningite” historians lay with the white Southerners who resisted Congressional Reconstruction: whites who, organizing under the banner of the Conservative or Democratic Party, used legal opposition and extralegal violence to oust the Republicans from state power. Although “Dunningite” historians did not necessarily endorse those extralegal methods, they did tend to palliate them. From start to finish, they argued, Congressional Reconstruction—often dubbed “Radical Reconstruction”—lacked political wisdom and legitimacy.

It can be said that this “intellectual” support for racism and revisionism with regards to reconstruction led indirectly to lynchings and deaths of African-Americans. Backed by “scholars,” racism and “The Lost Cause” was suddenly “sophisticated”. The Bourbon Democrats of Florida were adherents of the Dunning School and used the levers of power to institutionalize racism and revisionism about the Reconstruction period and intent of the Republican Party in Florida. Black suffrage that led to election of Republicans in Florida had been a mistake (and corrupt) goes the Dunning School of thought, and thus Ivy League intellectuals were justifying the racism and violence pushed by the ruling Bourbon wing of the Democrats in Florida.
Florida not so coincidentally had the highest number of lynchings per capita in the nation between 1900 and 1950. In addition to the infamous Rosewood Massacre lynchings and race-based killings that were tacitly supported by elected officials and law enforcement took place all over the state.  Florida’s Democratic Party was a “white club” which used intellectual arguments to exclude African-American and Mulatto participation in the party. The Republican Party which from the Reconstruction era into the early 1900’s provided a landing place for the few African-Americans who had not been disenfranchised shifted toward the same sorts of policies as the Democrats after publication of many Dunning School influenced texts.
Professors at Florida’s State Universities produced revisionist reconstruction histories in mass that were based on Dunning School thinking. Elected Democrats then turned around and cited these “academic studies,” when forced to defend the state’s policies. Some elected Democrats like the infamous Willis V. McCall, the Lake County Sheriff who was in the 1950s the best known local enforcement officer in the state were able to sanction killing by working with the Ku Klux Klan. McCall had done so on the Groveland Case and the murder of Harry T. Moore. McCall was in many ways more powerful than anyone in the state.
The damage “The Lost Cause” narrative did to our state and nation can never be undone. The lives lost or ruined can never be brought back. But in this era we can seek racial understand and reconciliation. We can elevate General/President Grant above General Lee in our history books and thinking. We can appreciate the cinematography of “Gone with the Wind.” while rejecting its premise, narrative and usefulness. We can use Donald Trump’s dog-whistles meant to divide us into teaching moments to move us as a united people forward.

Tags: Gone with the Wind, President Donald Trump, The Lost Cause

← David Frum’s brilliant “Trumpocalypse” an essential 2020 read
Florida: Where being socially conscious by wearing a mask could be hazardous to your job, safety and health. →