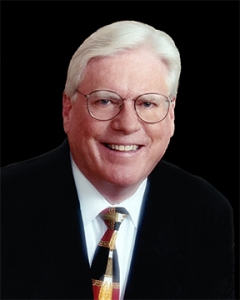 Perhaps it’s an omen for me as to where politics is and why now is the best time to get out, for the second time in two months I have lost a political mentor. Coral Springs Mayor Skip Campbell, one of the true giants of politics and the legal profession in south Florida passed on Tuesday, aged 69.

My family first met Skip Campbell in 1996 when he was running for State Senate. He had been told my mother, a local activist and incoming President of Florida PTA would be a good person to know. Campbell happened to reside in Coral Springs (walking distance from where I eventually bought my house) and struck up a great rapport. We knew he had been an outstanding plantiff’s attorney but when we got to know the man, we were even more impressed. It would be a dream to be represented by such a man in Tallahassee we thought and our wishes came true.

After Campbell was elected to the State Senate in 1996, defeating Rep. Steve Feren easily in a primary, his office became my mother’s and later my Tallahassee base in the Capitol. Campbell was a congenial person who got along with everyone he could – Republican or Democrat, conservative, moderate or liberal. His temperament was rare at a time where Democrats were quickly losing power and Republicans were beginning to abuse power. His leadership as a Democrat sitting in a GOP-controlled Senate helped diffuse the polarization and helped in many cases the State Senate despite having a Republican majority holding the line on at least a half dozen occasions related to major legislation against the excesses of Governor Jeb Bush and the ideologically-driven House leadership. He was so trusted by the GOP Senate leadership he was given a committee chairmanship, not to sell out, but to hold the line and preserve the independence of the State Senate against a Governor and House leadership that quite honestly did not respect the boundaries of legislative institutions.

That’s not to say Skip wasn’t himself very hard-edged on important issues. He helped hold the line on public education and never wavered on issues related to economic empowerment (including advocating tax reform which would have made the tax system less regressive in this state) and social justice. He also carved a stand in favor of protecting the Everglades at all costs and was one of only two Senators in 2004 (Debbie Wasserman Schultz was the other) who voted against a plan for Everglades restoration that sugar badly wanted to slow down.

For someone so successful and revered, Campbell was always open and honest and willing to help the little guy.  He also ALWAYS saw his constituents and would shove aside lobbyists in order to meet with locals. Perhaps that was the plantiff’s attorney in him and a remembrance that he had come from humble roots. A pilot who flew his own “Air Skip” to and from Tallahassee and onward to other events (like the National Championship game in Indianapolis between Skip’s beloved Florida Gators and Michigan State in 2000 – MSU won and as an aside this Gator was forced to wear an ugly green jacket around the capitol for a few days) he was a unique character.

Many reading this outside south Florida or Tallahassee may have met Senator Campbell for the first time at the 2003 Florida Democratic Party Convention when I introduced him to many of you, as he was exploring a US Senate run in 2004. He ultimately didn’t make the jump, but those activists from outside southern Florida helped Skip win the 2006 nomination for Attorney General with ease and he ran a good race but ultimately fell in the general to Bill McCollum who had spent a lifetime in Congress (despite being a forceful advocate for term limits, but I digress…).

The last phase of Campbell’s political career began in 2014, in my hometown of Coral Springs. Our city, long the envy of Broward County and even the state, winner of multiple national awards had lost its way. We had a good Mayor in Roy Gold for two years, but he had been term-limited and had been roughed up by a group of commissioners who were poor custodians of our city (Coral Springs has an odd term limits law which counts service on the commission against a clock of a mayor so Gold, an increasingly lonely voice of reason in his time on the Commission was limited to two years as Mayor). Many of us wanted Mayor Gold to return in 2014 after sitting out two years, because the commission from our vantage point was just terrible. But Mayor Gold declined to run and at the eleventh hour Skip Campbell, stepped forward after hearing appeals as to how the city had gone downhill.

The feeling the city needed to be turned around was so great my father, someone who unlike my mother and myself isn’t active politically, worked every single day to get Skip elected. My role as Deputy Campaign Manager for George Sheldon took me to Tallahassee and Orlando for most of the cycle, and therefore I wasn’t very active on the campaign but remained incredibly supportive and as the pages of this site will attest, very concerned about the fate of my city in 2014.

Campbell ran and won the Mayor’s race and has helped restore in four short years Coral Springs to a more respectable position. It hasn’t always been easy but Skip’s collegiality has turned a bad commission into a decent one and a city in decline into a locale once again on the rise.
For me personally, Campbell’s passing is a horrible blow. It’s even worse for Coral Springs whose leadership vacuum can only be filled by a special individual. It’s also a loss for Florida, as Campbell’s style of leadership and governing is badly needed in a state polarized by political parties, ideological activists and professional organizations. Today’s candidates and elected officials would do well to learn from Skip’s example.