In Tallahassee for session? Here are some great nature-oriented day trips… 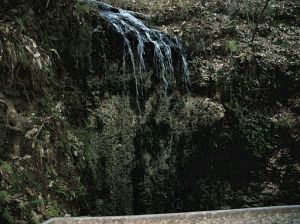 As someone who has been traveling to Tallahassee for Legislative Session since the mid 1990’s, I’ve taken just about every possible day trip from Tallahassee. Recently, a friend of mine who is working this session asked me, where she should head to for a weekend? That got me thinking so I’ve compiled a list of my favorite day trips from Tallahassee here. For those of you whose world is the concrete jungle of southern Florida or the I-4 corridor, North Florida might be a true revelation for you – clean air, open space, hills and lots of natural beauty.

Anyway, here’s my list and readers should feel free to add to it in the comments sections.

I’ll admit the state park I want to visit the most, Blackwater River State Park near Milton I still haven’t gotten out to. Too far west from Tallahassee to make it a day trip. But if you want to spend a weekend in Pensacola or Destin, it’s certainly doable…

Just outside Tallahassee on SR 20. Some really nice hiking trails at the state park. Also an interesting study in damming of a river as the lake was created by the construction of the Jackson Bluff Dam on the Ochlockonee River in the 1920’s.
Speaking of the Ochlockonee River, it’s pretty neat to follow the river from its origin in south Georgia through the Tallahassee area (where it forms the Gadsden-Leon county line) into Lake Talquin and then all the way down into Wakulla County and Ochlockonee Bay. This river is often forgotten even by those in Tallahassee but it is one of Florida’s longest.
– Wakulla Springs
One of the best attractions in all of Florida IMO, the state park has three really interesting hiking trails into hardwood areas and a boat ride into the springs. If you like reptiles this is the place for you as the springs area is crawling with Alligators and turtles. Several movies were filmed here including Airport 77. The springs are about 20 miles south of Tallahassee which makes it the easiest of day trips with time to spare.
Additionally, those interested in Ed Ball (for whom the park is named) should visit the lodge at Wakulla Springs State Park, which Ball constructed in the late 1930s. The lodge hosted several historic events including the Southern Governors conference in 1947 where the “States Rights Democratic Party” aka the Dixiecrat’s was first conceived as a protest to President Harry Truman’s embrace of Civil Rights.

Incredible limestone caves (the only accessible ones in Florida) as well as rivers and springs.  The park is 75 miles or so west of Tallahassee outside of Mariana. Touring the caverns properly takes about a half a day. This park contains caves, caverns, rivers and springs the only park in Florida to have all four of those features in one locale. A drive here can be combined with a trip south to Panama City or just across the Alabama border to another park on our list, Chattahoochee State Park.
– Falling Waters State Park
About an hour and fifteen minutes west of Tallahassee – maybe about 90 miles on I-10 in Washington County just outside of Chipley.  Perhaps city-goers love the artificial waterfalls of Disney attractions, but this is the real thing – the only big natural waterfall in Florida which is combined with lots of incredible hiking trails. 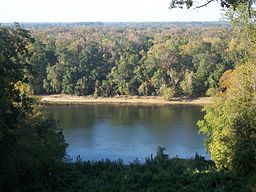 Torreya State Park – Dual-licensed under the GFDL and CC-By-SA-2.5)

This is one of the most amazing vistas in Florida right on the Apalachicola River at elevation – Logan Hill is 300 ft above sea level. One of the few points where you can see high bluffs in the state of Florida. The park also contains a Civil War era Plantation on the hill. This house neighbors several outstanding hiking trails that take you down toward the river.  The park also contains ravines and swamps making it one of the most diverse landscapes in the state.
For all its beauty, this is however one of the most remote parks in the state, about 15 miles north of Bristol and a few miles off of SR 12. Still, despite its remoteness a trip here can provide a lifetime memory.
– Chattahoochee Park (AL)
A bit north of the Florida Caverns and can be combined with that. Alabama State Parks don’t have the infrastructure of our Florida Parks but this is a beautiful natural area right on Florida-Alabama border with lots of water and hiking trails. But this park can also serve as a lesson to Florida policymakers – our state park generally are well developed with good facilities. Chattahoochee Park is beautiful but has the facilities reminiscent of a small municipal park in our state. Still it is worth the visit.

This state park in west central Georgia is a drive from Tallahassee(about 2 and a half hours north on US 27). The park contains Providence Canyon which is essentially a mini Grand Canyon, albeit one largely made by human beings accidentally (due to poor farming practices) about two hundred years ago.  Nonetheless, that should not diminish its unique beauty. The park has lots of hiking trails.
Feel free to add thoughts or your favorites to the thread in the comments section!

← What we are reading: South Florida demolition through the years
Exodus from Florida-Cuba flights has begun →