Emirates Fort Lauderdale launch: Why FLL and not Miami?

December 16, 2016 · by Kartik Krishnaiyer · in Transport Issues · Leave a comment 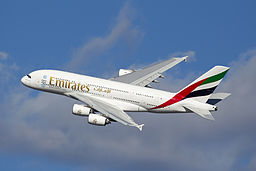 Emirates inaugural Fort Lauderdale service landed at the airport on Thursday a little before 11:00am local time. Since Emirates announced service to Fort Lauderdale instead of Miami in October, the conversation and question marks as to why one of the world’s largest international airlines would opt for the smaller of southeast Florida two major airports has weighed on many.

Yesterday, Airways Magazine had a very revealing interview about Emirates decision to pick Fort Lauderdale over Miami and other US-related tidbits from the airline.