How movement progressivism will go forward after Tuesday

The outcome of what happens on Tuesday’s Primaries will not determine the success or failure of movement progressivism, but we’d be wise to take some time to reflect on what went well and where we can go from here.

The robust progressive wave of the primary cycle has brought people out who normally sit on the sidelines in election years. Establishment media is quick to dismiss this enthusiasm as “tea party-esque,” and of course they would because thousands of people showing up to hear a septuagenarian inveigh against income inequality is not the interests of coifed potentates of public opinion. 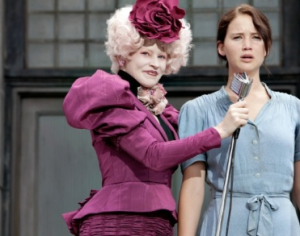 One area that progressives must focus on is the media. They’re beginning to more resemble Panem Propagandists in the Hunger Games than working journalists. Joy Reid meet Effie Trinket. It’s time to turn off the alphabet soup of cable news and turn on independent journos working hard to reach us via the internet.

If there were ever any question that the media turns a blind eye to The Big Story look no further than how the mistreatment of Sanders delegates was erased in coverage of the Democratic National Convention. This was the overarching narrative for people “on the ground,” but was completely shut down in “broadcast-appropriate” material.

Establishment party folks have “organized money” and they will continue to buy influence among those who put their soul on the market for sale. Progressives need to understand that our power comes from outside of the system at this point. We can’t make nice with establishment players and expect change to magically happen. It’s going to take an extended program of engagement and resistance. But hey, we’re in luck because it turns out that we’re actually good at those things.

I believe that civic engagement, as opposed to partisan political work, will emerge in a conversation about the future of movement progressivism, as with Bernie Sanders’ Our Revolution. Movement progressives are demanding change that requires more than a simple a vote. Economic restructuring will require long-term participation in democracy. It’s a radical idea, I know — participating in democracy, but that’s how gay marriage went from being perceived as marginal, to being seen as threatening, to being embraced by a majority of reasonable folks who challenged the status quo and who then changed the law.

Sure, let’s elect good people, but remember that we actually had majorities in Congress when Obama was elected and those folks chose to keep their powder dry instead of taking on tough economic issues. We have to get over this idea that there’s special people who are going to come and save us. They don’t exist.

If some of our people lose on Tuesday, let’s not spend too much time lamenting that fact, and turn our attention to doing the work of getting things done. And for those that we win, same thing…on to the work.