Media’s alarmist tone on tropical weather a disservice to Floridians 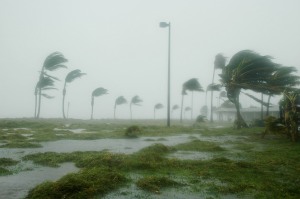 I was ridiculed on Twitter for much of the week for claiming tropical system Erika had a better than even chance of not making it to Florida. I based this on years of experience viewing weak Tropical Storms or Tropical Depressions in Caribbean and previously myself being alarmed by the threat to Florida such storms posed.

When I grew up in the 1980’s perhaps Floridians were complacent. The last major Hurricane that had hit the Peninsula was Hurricane Betsy and the brush with Hurricane David in 1979 and near misses throughout the 1980’s made  those living south of Gainesville feel invulnerable. Hurricanes were after all North Carolina and the Gulf Coast’s problem. Even in the Panhandle, storms were few and far between. Hurricane Agnes was arguably according to some experts miscalculated as a Hurricane when it came ashore in 1972 (Agnes may have in fact been a strong Tropical Storm when it made landfall), its real damage coming in the form of killer flooding in the Mid-Atlantic states. Hurricane Eloise was a strong Cat 3 Hurricane that hit directly in the Panama City era in 1975 but ten more years passed before Elena and Kate relatively mild Hurricanes threatened the areas east of Pensacola.

But after Hurricane Andrew in 1992 everything changed. On Friday, we discussed the panic that surrounded weak Hurricane Erin’s approach to the east coast in 1995. In 1999 and 1999 Floridians were threatened and hit by many tropical systems and that created a context for the devastating seasons of 2004 and 2005. But what we saw come out of the 2005 was an almost near perfectly executed fire drill procedure that was put in place for multiple storms in 2008 that skirted Florida as well as  for many weak tropical systems that threatened the state since 2010.

Governor Rick Scott’s declaration State of Emergency likely cost taxpayers millions of dollars when many meteorologists felt Erika would dissipate just as Danny had done last week. The same scenario has played out with many weak tropical systems over the last decade that are so ragged and disorganized they get pushed around by other elements in the weather pattern and forecast tracks are simply educated guesses. The National Hurricane Center has long cautioned folks not to take intensity forecasts and tracks 3-5 days out for weak systems as gospel but in this climate of cable news driven sensationalism it is nearly impossible. Pair that with a state who is so full of transplants who know about the 2004 and 2005 seasons yet did not live here panic ensues. The media has a responsibility not to panic the public. The politicians have a responsibility as public officials to be calm, reasoned and lead. But sadly in this era none of that happens.

Ultimately the winners are Home Depot, Loews and Publix. Merchants make out like bandits in weeks like this. The loser? Florida’s people who went through yet another elaborate fire drill and who may just let their guard down next time. You can only cry wolf so many times before a public, many of whom didn’t live threw Andrew, Opal, Irene or the 2004/2005 storms stop taking these warnings seriously.

Photo credit:
Key West, Fla. (July 10, 2005) Ð Hurricane Dennis batters palm trees and floods parts of Naval Air Station (NAS) Key WestÕs Truman Annex. The storm passed within 125 miles of the base, clocking winds in excess of 90 miles an hour and dumping more than seven inches of rain before moving north through the Gulf of Mexico. U.S. Navy ships have been sortied out of Naval Station Pascagoula, with evacuation ordered for all but essential personnel from Naval Air Station Pensacola, Fla., ordered Friday, July 8. A day after the storm passed, power was back to more than three-quarters of the 428,000 Key West homes and businesses who had outages when Dennis’ eye passed 125 miles to the west of the island a day earlier. Atlantic hurricane season began June 1 and ends Nov. 30. U.S. Navy photo by Jim Books (RELEASED)