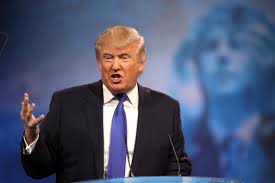 Having worked in and around politics for many years before branching out doing other work, I now realize most political people in both parties live in a terminal bubble. Many engage in group think, and are so “trained” in how to express thoughts or emotions  that anything different is threatening and thus mockable.

The chattering class has been enabled by cable news channels like MSNBC and FOX News who emphasize political discussion over actual breaking news, global happenings or investigative reporting. They have publications like Politico which is largely driven by insiders, whose opinions are formed by talking to other insiders mostly in and around Washington DC, New York City or Los Angeles. Many partisan activists on both sides of the fence adhere strongly to talking points and the need to be “non-controversial” to win elections.

Donald Trump’s success has blown the doors off the elitism and naivety of this insider class of politicos. Let me make it clear, I think Donald Trump is a buffoon and have thought this for 30 plus years, since the days when he owned the New Jersey Generals of the USFL. But he’s connecting with a base of voters that tired of politicization of everything and political rhetoric. They are tired of the elitism of the Washington (and Tallahassee) cocktail circuit, the constant narcissism of some politicians (although Trump is probably the biggest narcissist of all), the desire to “control” political developments that is demonstrated by the leaderships of both parties and the type of nonsensical talk of cable news channels.

Often times I have found honesty, intellectual curiosity and critical thinking skills are the most undesirable traits when in a room or discussion with people involved with politics. Robotic thoughts, and safe reactions are the way forward for so many.  Many who seek elected office do so simply because they desire the recognition and the perception of power. In some cases, they don’t have the critical thinking skills or intellectual curiosity to make it in another line of work. This last statement probably speaks as much to local yokel political consultants than actual elected officials.

In the post -debate analysis Trump “lost” per almost every political analyst appearing on various cable news channels or blogging on political sites. Yet his lead in the polls GREW after the a debate where a cable news channel clearly connected with the Republican Party had in appearance made it a mission to discredit Trump. No doubt Trump’s reaction towards Megan Kelly smacked of misogyny and arrogance, but the American people not just Republican primary voters are fed up with politicians, consultants and the cable news channels. Trump’s plain bluntness combined with his celebrity have made it impossible for spinmeisters in Washington DC to control the narrative. That threatens the entire monster that is the political chattering class.

My hope is that Trump implodes in the near future. But I certainly would the political elites of this state and nation will understand the very serious lessons of his candidacy and why he attracted so much support.