State Rep Stark responds to the Speaker of the House 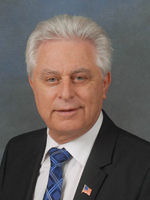 Portions of this op-ed appeared in the Sun Sentinel today. Rep. Stark (D-Weston) has generously allowed TFS to run his full response to Speaker Crisafulli

As a member of the FL House of Representatives, I have a great deal of respect for our Speaker who had an op-ed in the Sun-Sentinel this week regarding Medicaid Expansion.  He explained how it is a bad program, costs too much, and how we as a state cannot trust the Federal Government to make sure the funding stream for the program will continue.

During our history of adding new programs such as Social Security, Veteran’s Health Care Benefits, Medicare and Medicaid, the nay-sayers always have struck the same chord that the program won’t work.  Yet these programs are hugely popular.  Just adding Telemedicine, allowing Physician’s Assistants and Advanced Registered Nurse Practitioners to practice independently of MD’s, and using our General Funds to expand Health Coverage to small group of the over 750,000 without current coverage, is more of the same old to not address the problem head on.

This is typical of the Conservative movement to maintain the status quo when we have real problems that must be taken care of now. The Governor keeps saying “let’s get to work,” but he is supporting the FL House position where we quit work this week, leaving the same people without health insurance coverage.  It’s time to stop the rhetoric and GET FLORIDA COVERED.