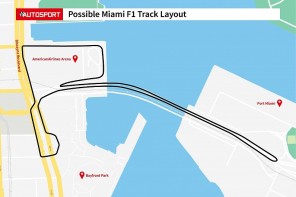 In 2009, there were no Formula 1 races on the North American continent. Later today, the Grand Prix of Mexico will be the third North American race this year, and will be the grand prix that determines if Lewis Hamilton of Mercedes wins the championship, or if Ferrari’s Sebastian Vettel lives to fight another day.

With the takeover of Formula 1 by Liberty Media, an American media company, there has been no hiding of the fact that Liberty wants to increase F1’s visibility in the United States. Part of that effort is to float the idea of having a second grand prix in the United States. The venue of this second grand prix would be on the city streets of Miami. However, will it work?

Before trying to figure out if a Formula 1 street circuit in Miami will work, we need to look a little into the history of Formula 1 races in the United States since the 1980s.

The last time the United States had two Formula 1 grand prix in one year was 1984, with the Detroit Grand Prix and the Dallas Grand Prix. Both of these were street courses. Both of these didn’t last long. Dallas was off the calendar the next year, primarily because they scheduled a race, in Dallas, in July, where the temperature reached 100 F during qualifying. In Detroit, the city government did not want to keep up the streets to keep the grand prix. The Detroit Grand Prix ended in 1988.

Formula 1 did return to the United States in 1989, this time on another street circuit in Phoenix, Arizona. That race was also short-lived, only lasting three years on the F1 calendar, replaced by the South African Grand Prix at Kyalami (home of an amazing circuit as well as the most gruesome F1 accident ever – not for the faint of heart). The only reason that was given for the cancellation of the Phoenix race was the desire of Formula 1 to have a race in South Africa. And, of course, the Phoenix track was the sacrifice.

The United States Grand Prix returned in 2000 at the famed Indianapolis Motor Speedway. This was the first time the USGP had not been on a street circuit since 1980, when it was held at the famed Watkins Glen Grand Prix Race Course in Upstate New York. While the idea of having a Grand Prix and Indy sounded like a dream for racing fans, it ended up being a nightmare. The track wasn’t a pure Formula 1 course, but an Frankenstein concoction of a road course and an oval. Also, the race never attracted the kind of crowds that Tony George, the owner of IMS, expected. Finally, issues with tires resulted in the 2005 USGP only having six competitors in one of the most bizarre races, as well as one of the most epic failures, in Formula 1 history. This signaled the beginning of the end of the USGP at IMS, with the last race being held in 2007.

In 2012, the United States Grand Prix was put back on the schedule. This time, the race was being held at the Circuit of the Americas in Austin, Texas, a Formula 1-specific track. Since the USGP has returned, race weekends have consistently had around a quarter of a million spectators. None of the previous USGPs could even touch this. The success of the USGP at COTA shows that there is a big enough following in the United States to hold a Formula 1 race.

But can Miami replicate that magic?

Right now, there are only three street circuits on the Formula 1 calendar: Monaco, Singapore, and Azerbaijan. Monaco will always stay on the schedule (though many drivers have asked for it to be axed due to the boring races it produces). Also, over the last few months, many have wondered if Azerbaijan will stay on the schedule. In fact, some have stated that Miami would replace Azerbaijan. As for Singapore, the race stays around because of the money it brings to Formula 1. But just like the Monaco GP, Singapore has been called boring by race fans worldwide.

The reason for the success of the USGP at COTA is because it is a Formula 1-specific track. It allows for entertaining racing as well as a decent view of the track. The new Miami circuit really doesn’t allow for this. The visibility seems to be quite limited, as well as the passing zones. And since the DRS (drag reduction system) has played less of a role in Formula 1 races over the last few years, the Miami circuit has all the makings of being another boring street circuit race. And if it is boring, fans will not attend, and the race will be another failed street circuit in the United States. Even defending champion and current points leader Lewis Hamilton thinks that the Miami GP is a bad idea, and has offered to help design a new track.

If the goal of Liberty Media is to make the Miami GP the next Monaco GP, they really need to do some research on Formula 1 history and fans. Fans flock to Monaco because of nostalgia, not because it is a glamorous street circuit. Yes, the rich and famous are there, but they are also at the Abu Dhabi Grand Prix, the final grand prix of the season. There is just something magical about Monaco. The Indianapolis 500 cannot be replaced. The Daytona 500 cannot be replaced. Le 24 Heures du Mans cannot be replaced. Neither can the Monaco Grand Prix. 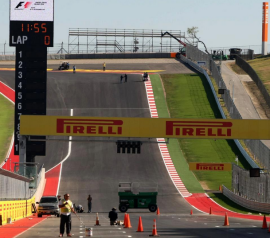 Circuit of the Americans https://www.reddit.com/r/formula1/comments/1qcjcf/turn_1_at_circuit_of_the_americas/

As a die-hard Formula 1 fan (I am more passionate about F1 than politics or any other sport of hobby), I have no interest to go to a road course in Miami. I would rather spend my hard-earned dollars going to COTA, the Canadian Grand Prix, or a Formula 1 race overseas, particularly the Belgian Grand Prix. If Liberty Media thinks that a Miami Grand Prix would bring in new American viewers, I don’t know where that logic comes from. Either you are a fan of Formula 1 or not, regardless of which track the race is being held. Simply having a track in a certain geographical area is not going to increase fan interest in Formula 1…ask South Korea, ask India, ask Turkey. All tried, and all failed.

If Liberty Media wants to improve Formula 1 in the United States, it first needs to require ESPN to have a US-based broadcast crew. That would help the popularity of Formula 1. If ESPN hired Jeff Gordon to cover F1 races, viewership would go up. But that is another discussion for another time (as I can rant on Sky Sport’s coverage of F1, as well as the lack of ESPN not giving a damn for hours). Also, having an American driver in F1 would do more for the sport in the United States than a grand prix in Miami. Heck, Haas F1 Racing is an American team, yet Liberty Media does nothing to promote this to an American audience. And if you think that “shows favoritism” toward Haas…just watch how much Ferrari is talked about on the official F1 Twitter feed when the Italian Grand Prix comes along. Okay, end of rant!

Overall, a Miami Grand Prix just doesn’t make sense. It really won’t bring any new people to the sport. It really won’t be a race that veteran F1 fans will watch. Basically it would be a flash in the pan. It wouldn’t be a shock if the ideas of a Miami GP comes and goes like the New York Grand Prix.

← Why do the Dream Defenders and other leftists push BDS for Israel but not others?
Florida Vote Projection Model – Day 16: First Saturday of early voting is a dud for Democrats, and Governor DeSantis is becoming a strong possibility. →