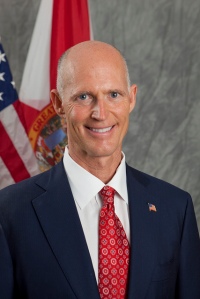 Florida has undergone a metamorphosis politically since the mid 1990’s. Republicans, most of whom have little reverence, knowledge or curiosity about the state’s history have taken charge dominating all levels of state government and influencing national elections as well.

During this period of time the GOP has developed a lock step mentality which has put ideology over competence and the interest of the national party above those of the state, OUR State. This is in direct contrast to the Democrats who ran the state in the 1970’s and early 1980’s in many cases with Republican assistance and in-spite of some very politically motivated resistance within the Democratic Party.

Governor Rick Scott is the embodiment of these Republicans. A carpetbagger who’d be as comfortable leading Illinois as Governor or representing Michigan in the Senate as Florida. Why Scott choose Florida to reside is probably more to do with the low tax rate and oligarchical principles of the Florida GOP than anything else.

The Democrats of the 1970’s in Florida were genuinely progressive in that they wanted to move the state forward and serve as a Sun Belt destination that took care of its citizens and environment. While many had more conservative views on ideologically charged issues they were consistent in being public servants and putting the interests of this state above politics. Protection of our environment as a way to stimulate economic growth, tourism and protect quality of life was promoted above all else.

Reubin Askew, the Governor from 1971 to 1979 was a man who changed the trajectory of this state and fostered a generation of leaders who cared deeply about this state. One of those leaders, George Sheldon, my political mentor just passed away last month. With this as a backdrop, despite whatever ideological qualms I may have had in the past with Bill Nelson he MUST be returned to the US Senate. Nelson is a true public servant and one of the last elected officials in EITHER PARTY from this state who has kept his nose clean from scandal AND made his career about promoting Florida’s interests. Nelson has done more to protect Florida’s environment than any current public official in my opinion. 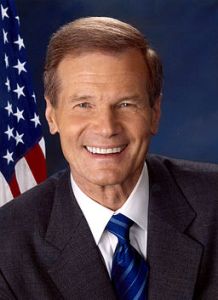 Bill Nelson is not an Askew Democrat. I certainly wish he was, but he is the last link we have with an era of competence, and problem solving. An era when growing Florida in a responsible and progressive manner was stressed and a long term view of sustainability was promoted. As a Senator, Nelson has accumulated a left of center voting record which included critical support for the Affordable Health Care Act (despite opinion polls that showed it as unpopular in the state) and support for President Obama’s economic initiatives which prevented us from plunging into depression. Nelson has voted consistently on important environmental issues including opposition to offshore drilling and funding Everglades restoration, He has stood up for us after Hurricanes and fought for our fair share of federal dollars. He has also been a fairly reliable supporter of gun control legislation going back to his time on State Cabinet.  While on some issues he strayed from the party during the Bush years, by and large he was a far more reliable D vote than other southern Democratic Senators he served with during the Bush Presidency.

Bill Nelson is not Reubin Askew, Bob Graham or Buddy MacKay. But Nelson, unlike the Republicans who have ruined this state has placed in many cases the needs of Florida’s fragile ecosystem over short term commercial concerns. Senator Nelson been one of the few members of our delegation to receive 100% score from the League of Conservation voters. Nelson has stood strongly on protecting Florida’s water supply and preventing offshore drilling, as well as drilling on federal lands within Florida.  As time has moved on he has moved to the left on every practical issue that effects the quality of life for Floridians, and has become a reliable partisan vote on almost every hot-button issue of the day.

Senator Nelson understands Florida, and while he’s not perfect few if anyone is better versed on what this state once was and could be once again. Nelson represents a throwback of sorts to better days in Florida and while he would not be my favored candidate ideologically, Florida NEEDS him. Don’t let critiques of his age deter anyone from forcefully advocating for him – his age and connection to Florida’s past is an asset.

His opponent Governor Scott doesn’t understand this state and has shown time and again, Florida is just a big business to him to be run as a CEO. As a Senator with this in mind how can he be trusted to stand up for Florida? Simple answer, he cannot.

Scott’s motivation in the US Senate will likely be to further the economic and ideological interests of his funders and party. He’ll give token lip service to Florida’s needs and much like Junior Senator Marco Rubio, use being elected from a mega-state to create a national profile and become a leader in the GOP.

We normally write based on ideology and ethics on these pages. But for me as a Floridian, the Nelson-Scott race is more personal than many of the other things we’ve covered. It’s a race between the Florida I knew and loved and the Florida that’s consumed us and we should all loathe. Nelson’s likely final campaign is probably the last call for a generation that served this state so ably. Let’s make sure he keeps fighting for Florida in the US Senate.

← Irma a year later: Assessing the rubble of Florida’s disaster and preventing failure again
Talented actor Andrew Gillum excelling in the role of his life →
Join 22,501 other subscribers