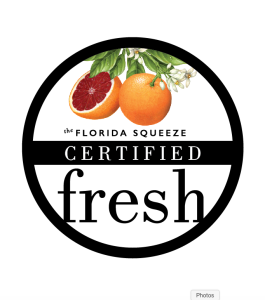 Unfortunately, from our perspective we have a host of uninspiring Congressional races. We have opted to pass on most of the primary races, including CD-5, the most watched Democratic congressional primary in the state,.

In the hotly-contested primary in CD-5 between Alvin Brown and Al Lawson we have two career moderates talking progressive. While Brown’s themes have been appealing to us, his record as Mayor of Jacksonville wasn’t one progressives could completely embrace. Lawson’s voting record and prioriites much like his legislative career resemble a zig-zag of giveaways to special interests. We were tempted by Brown who is playing progressive now, but ultimately couldn’t reconcile some of his actions as Jacksonville Mayor with the idea of an endorsement.
As for Lawson, it’s understandable why Tallahassee politicos continue to support him, but it’s tough to justify support from progressives. One of the issues around this district is the representation tussle between two major cities, Jacksonville and Tallahassee that have been placed in the same Congressional District to pack Democratic votes. On this score, Lawson deserves credit for trying to bridge the gap between the two major locales in his district, but again we don’t recommend either candidate.

In District 7, Chardo Richardson has emerged as a strong progressive voice against the disapointing incumbent Stephanie Murphy. While many party insiders claim CD-7 is unwinnable by a traditional liberal Democrat, we strongly disagree. Richardson has impressed on the trail and even if he loses this race he should pursue office again. He’s made a point of talking economic and social justice in a cycle where Democrats like Murphy despite growing energy and etnhusiasm around these issues are playing far too safe. We endorse Richardson’s candidacy enthusiastically.

Congressional District 15 features Andrew Learned who has a lot to learn in terms of how he handles the rough-and-tumble world of politics, but he’s got plenty of promise and is worth taking a flier on so to speak. His platform and messaging have been outstanding. The winner of this primary will face the winner of a hotly contested GOP primary that includes Ross Spano and Neil Combee. Dennis Ross, the incumbent is retiring. Lean to his credit was in the race from last year and was ready to challenge Ross directly before the incumbent stepped away.

Pam Keith is a star candidate, but a star the Democratic Party establishment continues to reject for reasons probably related to Keith’s willingness to think independently and speak her mind effectively. We whoelheartedly endorse her run against Lauren Baer, the party establishment choice for the right to take on incumbent, Brian Mast in November. Keith’s extensive knowledge of foreign affairs coupled with her unique perspectives on social justice make her the only Demnocrat who can reasobaly challenge Mast.

We’ll have select local race endorsements and that of State House and State Senate in the coming days.

← TFS August Endorsements: Governor and Cabinet
George Sheldon’s passing a loss of for all of us particularly me →