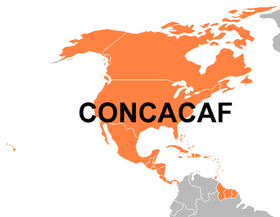 The tournament has throughout its history had matches in Miami, but this go-round the only Florida venue is Raymond James Stadium in Tampa. The venue last played host to Gold Cup matches in 2011. On July 12, Tampa will play host to two matches in Group B play : Nicaragua vs Panama and Martinique vs United States.

The United States Men’s National Team, widely considered the co-favorites to lift the trophy (with Mexico) will have three players who grew up in the state. Longwood’s Graham Zusi, Winter Park’s Dax McCarty, one of the best player in MLS and southeast Florida’s Alejandro Bedoya a product of Weston FC’s vaunted youth program.

The CONCACAF Gold Cup will be broadcast on FOX, FXX, FS1 and FS2 in English and on the networks of the Univision family in Spanish.