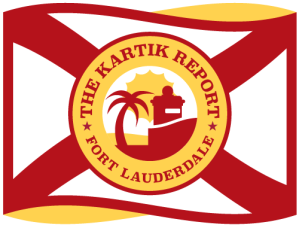 It’s all over other than the shouting and crying (for now). This morning in Pinellas Circuit Court, Tampa Bay Rowdies owner Bill Edwards gained control of the Fort Lauderdale Strikers name. What does this mean for the future of a club that is currently on hiatus? It is important to note Edwards summary judgement victory and acquisition of the brand at a public auction related to his case does NOT include entry to NASL and does not assume the liabilities owed by the owners of the club. In fact, NASL has per sources now rejected two bids from local ownership groups since December 2016 to revive the club in their league. Speculation has mounted that Riccardo Silva, the owner of Miami FC an ambitious NASL club has blocked the sales based on his desire to control the local southeast Florida pro soccer market. However, that speculation is just that – no evidence empirical or otherwise exists as NASL Board of Governors and Expansion Committee votes are not made public.

Bill Edwards is a figure of controversy. But given that the Strikers were long owned by Traffic Sports, a Brazilian marketing firm which plead guilty to bribery charges, and the former President of the Strikers and founder of NASL has done the same , then were owned by Brazilians who could not pay their bills, Edwards provides some stability for the Strikers name and branding. The brand is finally owned by an American business man with an extensive background in sports and entertainment. Edwards also can be the first Strikers custodian to leverage the Lockhart Stadium situation if he win what is likely to be a public bid in the future for the complex. Edwards has demonstrated his ability as a property owner in the past to leverage ownership into entertainment options.  While he might not be the ideal custodian of the brand for Strikers fans, he’s certainly better than what has preceded him by any objective measurement.

In any event, it’s likely the Strikers will NEVER return to NASL with Edwards victory. If the struggling league continues to pursue new ownership options for Fort Lauderdale or continues its legal quest to recoup its losses from loans given to the Strikers owners remains to be seen.

Stay tuned. This story has legs to it still…