The hidden danger in the DNC Fraud Lawsuit 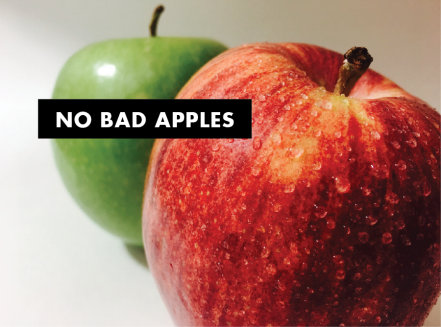 If you’re following the DNC Fraud Lawsuit closely then you might, from time to time, feel like Debbie Wasserman Schultz cheated Bernie Sanders. And she did. In numerous ways, as the chair of the party, she is in fact the person most responsible for the way the DNC mishandled the primary, which led directly to the election to Donald Trump.

I share that anger, and I feel the passion behind it.

But it saddens me to see personal animus focused on Debbie Wasserman Schultz. Don’t get me wrong, I want to see her answer for herself, but this is not a “bad apple” situation. As a personality politics narrative emerges, we have to be careful not to open the door to quick fix that allows the real problem—corruption—to continue to fester.

I believe the DNC Fraud Lawsuit reaches for justice beyond punishing individuals. It provides the means to address the corrupt system that produces and sustains folks like DWS.

This isn’t about a single bad apple. It’s about a broken, corrupt system.

When you read the transcript of the recent hearing, you find the judge is interested in more than the simple idea of fraud. He wants the attorneys to respond to more lofty matters, like Democracy and fairness. That’s because the Southern District of the Federal Court where judge William Zloch presides, is not Judge Judy’s courtroom. The Federal Court often takes broader public interest into account when considering the law.

If we sought a political remedy, rather than a legal one, we’d be focusing entirely on personalities. We have clear that mindset when discussing a legal case. The end result of a legal case shouldn’t be hand the establishment a bad apple in the form of Debbie Wasserman Schultz and/or Donna Brazile. That’s too easy. It would provide license to toss them out, wipe their hands clean, and continue on as if nothing happened.

One of the great things about a stable Democracy is that we get to have our revolutions in court, rather than in the streets. That’s the ideal. The people who are watching this case closely know this. For all the chaos happening on the entire rest of the political spectrum, this case has the potential to create some real positive change.

We can’t continue allowing corruption to rule the political process. The least among us, like the figures swept up in the DNC Fraud Lawsuit, always thrive in corrupt systems. They don’t mind playing dirty as long as they win. Meanwhile, honest public servants are pushed to the sidelines. It’s really no different than middle school.

It’s not the people themselves who have made this system untenable. The problem lies in the rules of game and the money involved in elections and the policy-making process.

A long time ago, when Wasserman Schultz first entered politics she was likely an idealistic Democrat campaigning for all the right reasons. But something happens once folks find themselves smack in the middle of a corrupt system. If they want to survive, they develop strategies to navigate the corruption around them. Some find the best way to do that is to get “one step ahead” of the corruption by playing the game better. Dirtier. And they do it by telling themselves that every backroom deal is for the greater good.

Without fixing the problem of corruption we can recruit and elect the best people ever to walk this earth, and they will either find themselves on the back bench, or caught up in the dirty machinations surrounding them.

The DNC Fraud Lawsuit isn’t about a few bad apples. Putting the onus on figures like Wasserman Schultz won’t fix our problem.

Oh yes, they deserve their comeuppance, and will get it if this goes to trial. But we have to keep our eyes on the ball and make sure that when the media does start paying attention to this story that they don’t play the “bad apple” card. Pushing a few corrupt politicians out of Washington would be the worst of all possible outcomes.

Now is the time to reset the system so that our kids and grandkids inherit a Democracy that’s worth fighting for.