What we are reading: Florida’s building boom threatens wildlife-rich lagoon 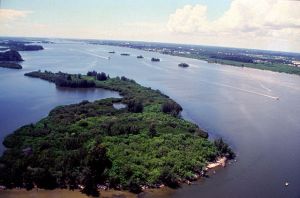 A deadly serious Associated Press article on the threat to the Indian River Lagoon via Florida Politics.  This is a MUST read for any Floridian particularly those on the Space and Treasure Coasts.

The lagoon contains five state parks, four national wildlife refugees and the Canaveral National Seashore. It is an irreplaceable natural treasure our state owns and must protect.