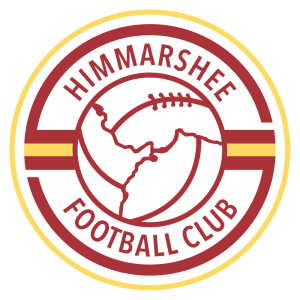 In an era where corporatism has run roughshod over American soccer and the continued abuses of the closed-league structure which this country employs unlike any other in world, many soccer supporters throughout the nation have become jaded and disenchanted. Viewership in the international game and club competitions from England, Spain and Mexico are at an all time high and all three of those club competitions regularly attract more viewers (or in the case of Spain better TV ratings share) than the top domestic league in the US – MLS.

The illogical and arbitrary standards employed by the US Soccer Federation (USSF) and the quasi pyramid-schemes that tend to characterize American pro leagues make it cost prohibitive and difficult and to start a professional team organically in this country. The irony of course being that the United States claims to be a meritocracy yet has devised a structure for sporting competition unlike what we see in the so-called socialist countries of Western Europe where a community-based soccer club can through their own sporting and organization merit rise like a Phoenix from the ashes of collapsed corporate clubs. In the crony-capitalist setup of soccer and pro sports in general that we have in the United States that is nearly impossible.

Following the suspension of operation of the Fort Lauderdale Strikers for 2017, thanks partly to the myriad of illogical closed league problems, management issues and changing market conditions (among other things) the club’s supporters group Flight 19 has decided to begin its own football club – Himmarshee Football Club (HFC).

The club will be funded entirely by HFC and it’s members and the club will be playing in the traditional European football calendar, during the offseason of North American professional leagues and during the busy tourist season in southeast Florida.

While South Florida still has several local sides* which individual members of Flight 19 support, Himmarshee Football Club will be something everyone can participate in and be a member of. The club is being formed in very much the same way several successful people’s run football club have in the United Kingdom after the collapse of  local investor run clubs.

A few other clubs along the same lines have been formed in this country most notably Nashville FC (whose recent history has become to complicated to elaborate about on these pages) and San Francisco City FC, no club has been yet been formed from the ashes of a failed or suspended pro team. In England, where the sport is more organic and a system of promotion and relegation exists clubs such as Chester FC, Darlington 1883, and AFC Rushden and Diamonds have popped up successfully as fan owned and managed ventures after the collapse of long-time professional clubs in the same towns.

To be a member of Himmarshee FC, all you have to do is buy an annual membership for just $20, which by the way is less than it costs to join many supporters groups of existing clubs. As noted above, Himmarshee FC is planning on playing this winter in the Gold Coast Soccer League which also means its season will NOT conflict with the seasons’ of clubs members already may support. It also runs concurrent to the seasons of the clubs many support and watch on television.

Himmarshee FC’s crest was designed by my former colleague at the North American Soccer League and Fort Lauderdale Strikers, Derek Reese who is also the club’s President. Derek also designed the Boca Raton FC logo and our Florida Squeeze logo!

Here is a full explanation of the meaning of the crest in the spirit of these which we see every time a football/soccer club re-brands.

← What we are watching: The Great War on PBS
The changing base for Democratic gubernatorial nominees →