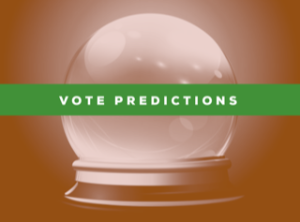 Overnight, the margin went slightly in the Republican’s favor. However, the overall trends continue to show that this is going to be a close race. As I have mentioned in the last two posts, it is a turnout game now. But how that turnout is happening is quite interesting. Let’s take a look.

I will get more into this in the details section, but turnout rates for early voting and vote by mail are high, and 2014 totals are already being broken. As far as VBM, turnout rates have exceeded that of 2014 in Bradford, Flagler,Hernando, Highlands, Indian River, Lee, Osceola, Palm Beach, St. Johns and Sumter Counties. Collier will be added to this list shortly. As far as higher turnout rates for early voting compared to 2014, Alachua, Escambia, Manatee, Miami-Dade, Okaloosa, Okeechobee, Orange, Pinellas, Santa Rosa, and Sarasota Counties make the list. Bad news for Republicans is that Broward County will probably make that list sometime this morning.

Bottom Line: The race remains close. According to the model, 48.65% of voters would vote for a generic statewide Republican candidate, while 48.33% would vote for the Democrat, a .32% margin. This is a .13% swing to the Republicans. However, that number is a larger gap than usual because of “Monday morning mail in ballots”, which usually inflates the numbers for the Republicans on Mondays. A lot of these mail in ballots came from North Florida.

Details: First, let me talk about the vote gap and Enthusiasm Gap comparison. As we see, the GOP vote total increased while the Enthusiasm Gap decreased. This seems to be the case because of that North Florida mail-in Monday. A lot of the votes that came in from North Florida are Democrats who will actually vote Republican. This explains why the registration numbers don’t quite add up to the projected vote choice.

But the biggest story of this election, so far, has to be a shift in the voting methods.  Traditionally, Democrats have done well in early voting while Republicans have done well in vote-by-mail. However, both parties have improved on both methods. Democrats have substantially increased their VBM presence. In 2014, the gap between the parties in VBM favored the Republicans by 6.8%. In 2018, that gap is down to 3.54% in favor of the Republicans. As for Republicans, they have improved in early voting. In 2014, early voting favored Democrats by 2.8%. In this election, Republicans have narrowed that gap to a .19% advantage for Democrats. However, it should be noted that both methods have been shifting in the Democrats favor over the last few days.

So which one it better to have? Early voting turnout rates are being broken, and a lot of that might have to do with more Republicans voting early. But more people will probably still submit mail-in ballots, so that helps the Democrats. And if gaps continue at the rate they are right now, that favors Democrats.

What to watch for: Two things.

First, regular readers know, Kartik and I constantly talk about how South Florida under-performs, especially on Election Day. However, sometime this morning, Broward County will break its 2014 early voting turnout rate. Palm Beach County might do it before Friday. Additionally, VBM rates are also increasing. VBM turnout rates in Broward are only 2.1% off 2014’s totals. In Miami-Dade, they are 2.7% off. In Palm Beach, they have already broken their VBM turnout by .71%. And right now, VBM trends in these three counties are not slowing down (unlike other Republican counties). Therefore, with typically poor showing in Election Day voting, these early votes help.

Second, watch Duval County. Early voting has favored Democrats in Duval, and the turnout for early voting is only .39% off of 2014’s totals. As far as raw numbers, Duval already has 5,000 more votes this year than in 2014. However, VBM numbers (which favor Republicans) are 2.84% off, and the mail-in ballots are starting to dry up in Duval County. This is a winning combination for Democrats in Duval, and it may be the key to statewide success next week.