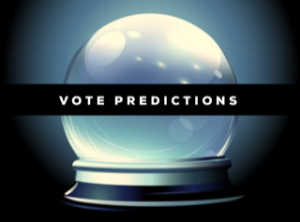 Bronough Street, we have a problem.

That problem for Democrats is that Republicans have figured out early voting. The one “ace up the sleeve” for Democrats in Florida has been offset by an aggressive early voting campaign by Republicans. In fact, 7,152 more Republicans have voted early compared to Democrats. When Democrats make small gains in Broward, Miami-Dade, Hillsborough and, yes, Duval Counties, Republicans are making significantly larger early vote gains in Sarasota, Okaloosa, Santa Rosa, and almost every other Republican-leaning county in the state. Remember when I said at the beginning of the election that the Florida Panhandle was close? Not anymore! Escambia is still interesting, but Okaloosa and Santa Rosa Counties are on track to perform better for DeSantis than they did for Trump in 2016.

With this being the case, this weekend’s early vote effort might be the make-or-break moment for Democrats. Usually, Democrats have been able to run up their margins during weekend early voting. However, as of right now, they need to have a stronger-than-usual weekend.

Also, when it comes to “increased turnout”, do not associate that with Democratic performance. All indicators show that the increased turnout is actually because more Republicans, or independents in Republican-leaning areas, are turning out to vote. Therefore, the usual narrative doesn’t always apply.

Details: As was mentioned yesterday in the “Details” section, we see that the Enthusiasm Gap barely moved compared to the increase in support for Republicans. This is indicating that independents are shifting toward the Republicans for a second day in a row. The way this is determined is by the projected NPA/Minor party voters’ vote choice in the 2016 presidential and US Senate elections*. Simply put, NPA/Minor party voters are turning out in higher numbers in strongly Republican counties, like Sumter and Lee Counties, than in Democratic counties, like Orange and Osceola.

What to watch: Today, I will be updating the electoral map for the projected vote throughout the day, so keep refreshing every hour or two. This is the “make-or-break” time for Democrats. If Democrats don’t pull out to a lead in projected voter…or heck, even registered voters turning out, then Election Day is going to be rough…very rough for Democrats (unless something changes, something I will address on November 5th).

Here is a link to the most recent statewide projection model. (Note: DeSoto and Jefferson County projections will be fixed today. The reason why they have not been updated is because the Supervisor of Elections in both counties have not responded to emails about previous election results. Because of this, the results for DeSoto and Jefferson could be less accurate, since we have to take into account Election Day vote).

*Many ask why I am using the 2016 election to determine vote choice. The reason is simple, the electorate has changed. We are in a post-Trump electorate. In fact, one can make the argument that we are finalizing a realigning of the electorate that has been going on for years, but that many political scientists fail to accept. Also, I feel that we have officially moved away from the 1932 realignment, as our politics is no longer based on the New Deal coalition. One important note, however, is that 2016 is in no way being used to determine voter turnout…that would just be stupid.

← Tampa Bay area soccer fans owe Bill Edwards a big thank you
Why do the Dream Defenders and other leftists push BDS for Israel but not others? →