Good riddance, Gwen Graham – a sure-fire loser in November is retired by the Democrats. Now let’s retire her handlers 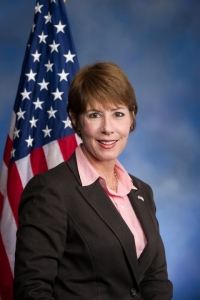 I have a confession to make. I was going to have a hard time voting for Gwen Graham in November – regular readers of this site know this. I feel bad for Graham in a way – I’m not sure she was ever left to her own devices in this campaign – a badly bungled effort with the usual lack of imagination that characterizes establishment Democratic campaigns in Florida.

Despite my opposition to Graham, in the last few weeks, I made a conscious decision not to support Andrew Gillum, the candidate that most aligns with my world view because of ethical questions, which I am afraid will persist into the November election. I’ve been told by multiple activists since my story was published that I was conned and that these charges have been trumped up by Graham supporters in the media – I don’t personally think this is the case because the reporting appears solid, but if it is, it is possible these issues will now disappear.

But back to Graham – her defeat tonight is a great break for Democrats – a break with the past and an opportunity to win this year and into the future. Graham was a sure fire loser – a repeat performer of the Bill McBride/Alex Sink-styled consultant-driven candidate whose sole purpose is to allow political insiders to continue feeding at the trough.

Graham’s unimaginatively, play-it-safe campaign was reminiscent of previous failed efforts by Democrats – Bill McBride, Alex Sink and most recently Hillary Clinton. Nominate a centrist to run against a conservative and see the conservative win – Florida Democratic voters said no finally to this style of politics long practiced by Tallahassee insiders by rejecting Graham’s candidacy decisively.  The party establishment’s overwhelming choice got just over 30% of the vote statewide, an embarrassing number given the amount of machinery activated on her behalf.

The team behind Graham was made up of political insiders who have profited off of Democratic misery and some even off Republican control of the legislature. This class of smarter than you Democratic operatives are now going to be looking to find ways to spin defeat and maintain control of the party’s processes.  It’s imperative progressives and the close to 70% of Democrats who voted against Gwen Graham work to ensure the way the party is structured and the people who pull the strings changes forever.

Graham was a sure loser in November, likely by the same margin Alex Sink and Charlie Crist lost by. Andrew Gillum might lose also, but at least it’s something different.

Tonight is a start in moving in another direction.