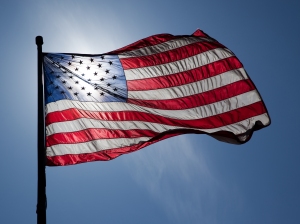 The last two weeks have reminded all Americans who believe in some sort of social justice and egalitarianism how far of the path the United States has gone. From an inhumane immigration and migrant policy reminiscent of far-right authoritarian states of yesteryear, to SCOTUS decisions that limit the actual ability of the courts to reign in executive power to the continued assault on women’s reproductive rights and civil liberties while our President offends our allies, nation-states that (mostly) share our values and embraces the tyrants that don’t, the United States has undergone the sort of tumult in the last few weeks that sometimes takes a decade to undo.

The Trump era is now no-different that John Adams’ lone Presidential team which was defined by a fear of foreigners and the prosecuting of members of the media for enlightened opposition to Mr. Adams policies – nor is it any different than the Joe McCarthy era or the 1920’s when the Ku Klux Klan controlled the Democratic Party’s power apparatus following the Red Scare, President Woodrow Wilson’s outright racism and the movie Birth of a Nation. It really is not any different than the 1850’s when if left to moderates, we would have allowed slavery to continue into perpetuity throughout parts of the this country. The “radicalism” of the left has saved this nation time and again. It’s built who we are and made our values as Americans abundantly clear.

In those eras the remedies weren’t to embrace moderation or consensus but to cling to a certain values-based radicalism and vision for tomorrow. That’s what progressives must do today. Fight the fight with our values in mind – and hold candidates to public office to account based on those values. Don’t simply support or embrace a candidate because they have a D next to their name or have been pushed by party insiders as someone who can win. We were sold the same bill of goods when it came to Bill McBride, Alex Sink, Charlie Crist and Hillary Clinton – and where exactly has that left us? All were deeply flawed candidates and this was know BEFORE they were nominated. But the desire of many to continue to control the apparatuses related to power forced various narratives to promote these candidacies.

Many Democratic Party insiders fear the attitude’s that drives the left today. They keep pushing moderation and going along to get along as a way forward and the only way to win election – at the same time as cloaking themselves in victim hood when the true victims are the American people, those who seek to join us and enrich our society. The Trump election, a direct bi-product of the Democratic Party establishment’s own ineptitude, moderation and tone deafness has led to those in power at all levels – national, state and local to try and tighten the grip on the party and continue to  marginalize those who they see as a threat.

In many cases, despite the lofty, elevating rhetoric we see in public from these leaders, they are more concerned privately about pushing progressives away and consolidating the grip on “power” they hold (often for financial reasons). Decisions which leaves us scratching our head (why would such and such a person or group support this candidate?) often are explained by the financial and power motive – a driving force for so many that have used the Democratic Party or activist organizations as their vehicle professionally or personally.

The professional left – those who make money or run organizations that profit off the party’s establishment candidates for office as well as government contracts in places where the Democrats hold power have a vested interest in keeping those who are truly progressive activists happy with rhetoric but firmly on the sidelines when it comes to moving the discussion forward. While they might achieve short-term victories, long-term the country losses. The consultant class of Democrats that pushes forward ideas that promote or protect certain interests or candidates almost always doesn’t have the country’s best interests or core values in mind – while true progressive activism does.

Moderation and playing political games to win the next election or generate employment or contracts is not what stopped previous movement of excess, nativism, racism and fascism. What we need today is progressives ton continue to be emboldened and not allow the latest Trump or SCOTUS outrage to drive us toward establishment and professional interests that are only trying to enrich or benefit themselves. Seeking out and promoting our true allies and those who share our values is what 2018 should be about – instead of playing another game of footsie with the party establishment whose end goal isn’t to protect the American people from Trump but to protect themselves from the political wilderness many have long ago earned passage to.