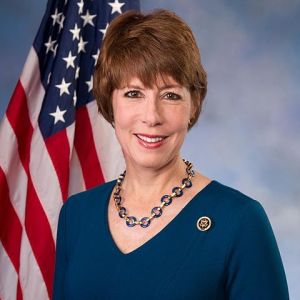 Former Congresswoman Gwen Graham announced her candidacy for Governor of Florida today. The former Congresswoman who developed the reputation of somewhat of a conservative in her one congressional term came out swinging embracing progressive themes much like the other announced top-tier candidate, Tallahassee Mayor Andrew Gillum.

Making her formal announcement in the Miami area which her father Bob Graham represented for years in the state legislature before becoming Governor and a US Senator, Graham embraced progressive themes particularly on the environment which is more of a hot-button issue in southeast Florida than in the rest of the state.

“We all know climate change is real. It’s already harming our state — tides are rising in Miami, fires are ravaging our forests,” Graham said. “But instead of facing reality, Donald Trump calls climate change ‘a hoax,’ and Rick Scott doesn’t call it anything at all – literally banning those the words, ‘climate change’ from our state government.”

Graham also took on the GOP’s continued destruction of K-12 education in this state.

“As governor, I won’t just criticize this culture of teaching to the test. I will end it,” Graham said. “Because high-stakes standardized testing has led us to one-size-fits-all learning. Yet our children, parents and teachers are not one-dimensional. Our children, parents, and teachers are not standardized. I will work with the legislature – and do whatever it takes, including using the governor’s line-item veto to end high-stakes testing.”

Graham also took a real shot at sitting Governor Rick Scott’s constant mantra of jobs- a mantra that has led Scott to abandon traditional conservative economic policies of late and embrace full throttle crony capitalism and corporate welfare which is more in the neo-liberal ideological space than the conservative one.

“Instead of passing commonsense economic policies, like raising the minimum wage and paid sick leave, Rick Scott repeats, ‘Jobs, jobs, jobs!’ — as in you’ll need three jobs just to get by,”

Much of the conventional wisdom around this race has focused on Graham’s potential appeal to moderate voters and those living in her old Tallahassee and Panama City-based Congressional District. But Graham at least today appears to be embracing progressive themes. Thus far progressives have coalesced around Tallahassee Mayor Gillum but the prospect of John Morgan, one of the state’s most successful and prominent trial attorney’s jumping into the race still hangs over the Democratic field. Morgan is a progressive whose life experience and success could give the Democrats the type of candidate they have not been able to field statewide during the recent losing streak of 8 successive races for Governor and Cabinet (and the Democrats have lost 17 of the last 18 races for Governor and Cabinet overall).
Whomever the Democrats nominate will likely enter the 2018 General Election as an underdog to Agriculture Commissioner Adam Putnam. However, if the GOP nominates someone other than Putnam, all bets are off.

← What we are reading: Is MSNBC resisting the resistance?
Passage of St Petersburg referendum puts city one step closer to MLS →