In the matter of the DNC fraud lawsuit, the absolute worst outcome for the Democratic Party would be to win their argument for dismissal. And yet, if it isn’t dismissed Debbie Wasserman Schultz and the DNC will still be in a world of hurt. 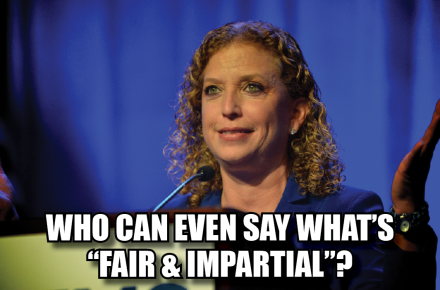 Arguments for dismissal of the DNC fraud lawsuit were delivered Tuesday, April 25 in the United States District Court, Southern District of Florida, before the Hon. William J. Zloch. After reading the complaint and the transcript for dismissal, it’s clear to me that the DNC has been caught in a catch-22.  From a legal standpoint, the only hope the DNC has is to win dismissal. If they lose the argument for dismissal, the whole matter will go to trial. This means Democratic Party elites will be called to take the stand (and respond to discovery) under penalty of perjury. Donna Brazile and Debbie Wasserman Schultz will most certainly be called to testify—thus creating an existential crisis for the DNC.

Even if the DNC wins the legal matter and the judge grants dismissal, they will have “won” by breaking Democracy. This is because the DNC has employed a scorched-earth approach in presenting their arguments for dismissal which goes: Regardless of the Party’s public face, they retain the right to choose candidates in secret, thereby screwing their constituents out of any meaningful representation in the democratic process. And that, they argue, is just the way politics rolls—you’re a moron if you don’t it see it.

Imagine they win this argument. Who in their right mind is going to run in a Democratic Presidential Primary with this cat out of the bag? We know that the DNC picks one winner before the whole charade begins. Imagine you’re the lucky corporate candidate who gets their nod behind closed doors; who’s to say that you’re the only person who gets that nod? Without a brand that is believably “fair and impartial,” the DNC not only loses their standing with voters—they lose it with candidates.

Once this is existential crisis is established, there is nothing to support an argument for the DNC’s continued existence. Candidates could—and should—run outside of the party machine. This is essentially what Obama did in 2008.

Presenting for the defendant, DNC Services Corp d/b/a Democratic National Committee, was attorney Bruce Spiva who argued that party rules are “discretionary.” So, even if the head of the DNC, Debbie Wasserman Schultz, spends months on national TV selling the message that the party acts in a “fair and impartial” manner with regard to candidates vying for the nomination, no one in their right mind would believe that is the case—you’re morons if you do—because this is politics after all.

Here’s the precise language he used: “Here, you have something far more inchoate, your Honor, which is this purported — this claim that the party acted without evenhandedness and impartiality. That — even to define what constitutes evenhandedness and impartiality really would already drag the Court well into a political question and a question of how the party runs its own affairs.”

You have to marvel at the nerve of an attorney telling a Federal Judge, that there’s no way to define “impartial,” as if that’s not the very definition of his job.

What this means, of course, is that all the hundreds of thousands of fundraising emails sent over the course of the Presidential Primary, soliciting donations based on a belief of a “fair and impartial” process, are just so much puffery. They’re exaggerations that only children would believe in—like Santa Claus or the tooth fairy. Maybe the court will rule that fundraising solicitations come with a disclaimer: “We reserve the right to nominate whoever the hell we please regardless of your silly little donations, phone banking or door knocking.”

DNC attorney Spiva also argued that to seek remedy for donations solicited under false pretenses would violate the First Amendment rights of the party for free association. Said Spiva, “I mean, the Court would have to find that people who reverently supported Bernie Sanders and who purportedly didn’t know that favoritism was going on would have not given to Mr. Sanders, if they had known that there was this purported favoritism.” 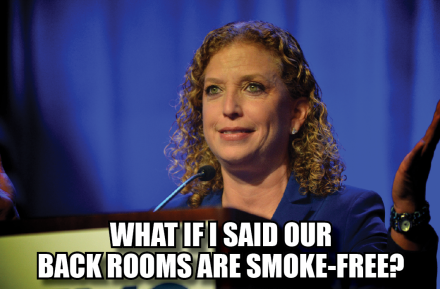 As Jordan Chariton of The Young Turks reported, Spiva told the Court that, “We could have…voluntarily decided that, Look, we’re gonna go into back rooms like they used to and smoke cigars and pick the candidate that way. That’s not the way it was done. But they could have. And that would have also been their right.”

As the DNC argues, everyone who donated money to Sanders or to the DNC thinking there would be a fair and impartial process, were all just stupid children who don’t understand that we’re lucky the party doesn’t cheat us the way it used to, in smoke-filled back rooms. They just do it under our noses, and if we were not cynical enough to open our eyes and see that, then again, we’re a bunch of morons.

Presenting for the plaintiffs in this motion to dismiss was Jared H. Beck of the law firm Beck & Lee.

Responding to the DNC’s theory that ‘impartiality and evenhandedness’ is too slippery of a concept for anyone to judge, Beck says, “Your Honor, I’m shocked to hear that we can’t define what it means to be evenhanded and impartial. If that were the case, we couldn’t have courts. I mean, that’s what courts do every day, is decide disputes in an evenhanded and impartial manner.”

Beck continues by reminding the court that impartiality and evenhandedness is represented in the DNC’s charter, it was represented ad nauseum in the media, and, “frankly, [it’s] the bedrock of what it means to live in a democratic society.”

Beck then states the existential crisis quite clearly: “because if you don’t have the organization that is responsible for organizing in this very large sense the nominating process for the president, which entails multiple elections in every state of the union, if you’re not evenhanded and impartial, then you don’t have a democratic process. I think it’s that simple.”

If you aren’t evenhanded and impartial, then you don’t have a democratic process, full stop.

At the end of the hearing the Judge Zloch said, “This is a very interesting case, to say the least. And counsel for the plaintiffs spoke about whether or not society…is in a dire situation. And so I’ll leave the lawyers with this. Democracy demands the truth so people can make intelligent decisions.”

For this and many more reasons I’ll be addressing in Parts 2 and 3 of this series, it’s my opinion that this case will not be fully dismissed, and that will be a very bad day for the DNC and Debbie Wasserman Schultz. 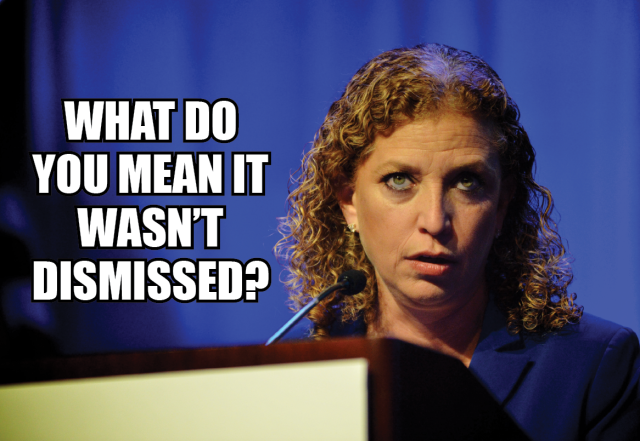 ← How conservative was Gwen Graham in Congress? Not very according to a leading conservative group
How often has your member of Congress voted with Donald Trump the first 100 days? →