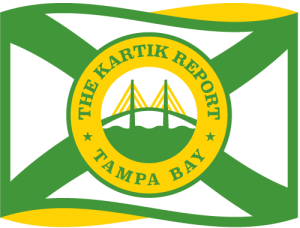 Controversial Tampa Bay Rowdies owner Bill Edwards coined the term “oneyearplan” in a largely impromptu August interview to justify the sacking of popular Head Coach Thomas Rongen and club President Farrukh Quraishi. Edwards, whose business dealings have been the subject of much controversy, remarked that he had hoped to win the NASL title this season. At the time of the sackings, the Rowdies had fallen to 3rd in the overall 11-team league table. The top four finishers make the NASL postseason.

The biggest potential takeaways from Edwards discussion of having a “one year plan,” was that the owner did not have the faith in the local market or the league his team is currently competing in or understand his fan base well enough to believe in long-term planning. Edwards’ thinking is difficult to reconcile with the Tampa/St Petersburg market which has demonstrated the longest-term soccer support in the state. It is a market that arguably has produced more good professional soccer players over the last two decades than the rest of the state combined and an area with sophisticated soccer-savvy fans. Tampa Bay area soccer fans may today be far less numerous than those down I-4 in Central Florida (many of whom may simply be assumed to be bandwagon hoppers who like the color purple, though Orlando does have its pocket of very knowledgeable fans) but they are more connected to the sport in large numbers, and understand its nuances better than any other group of fans in the state.

Unlike Fort Lauderdale,  whose 1-0 victory on Sunday over Jacksonville ended Tampa Bay’s season, the Rowdies don’t have to constantly win. The Strikers suffer from what every south Florida pro soccer team always has – fan apathy and the constant need to be successful. Fort Lauderdale has to win every year because they have a small fan base and those who do support the club often complain about anything the team ownership past and present has done. The fans in that part of the state are polarized by county, preferences for soccer style and sometimes even by ethnicity. Some of the fans who do support the Strikers fall in love with personalities and do not have the perspective when it comes to the sport of many Rowdies fans. For Fort Lauderdale, winning is a must every season, and while the Strikers have made the NASL postseason more than any other club since the league’s relaunch in 2011, the club still has a smaller hard-core fan base than any other team in the league save far-flung Edmonton. While the Strikers do boast some very knowledgeable fans, the majority of the club’s targeted fan base is dismissive of the product or not soccer-savvy enough to understand some of the subtleties around the team. But for Tampa Bay it’s not a must to win every year, so the “one year plan” must be a reflection of the eccentric behavior of an owner who does not understand this sport, or his local fan base.

The majority of Rowdies fans understand the need for long-term planning, infrastructure building which was what the partnership of Rongen and Quraishi were looking to provide.  These supporters unlike the Edwards realize that in large measure winning the NASL is largely a feel good exercise – without a system of promotion and relegation in American soccer or the ability to qualify for the continental championship (CONCACAF Champions League) via the league, winning a title is not a life or death matter. Many Rowdies supporters that I interact with want to see a club with a strong value system and local footprint not dissimilar from the way Orlando City has progressed (albeit probably in a less arrogant manner). But under Edwards’ the idea of a strong  club which has a vision for developing local talent and working with different areas of the soccer community has been uprooted by bombastic and unrealistic comments from Edwards.  Many fans have found the owner’s public comments and seeming lack of real knowledge of the sport to be both worrying and amusing.

In 2012, the Rowdies won the NASL title in epic fashion after a penalty shootout against Minnesota. That game remains the most recent postseason match the club has played in. Under former owner Andrew Nestor the Rowdies finished no lower than 3rd in the combined NASL table from 2011 to 2013. Nestor was unable to do much financially to build the club which was operating on a shoe-string, but as a lifelong soccer fan, he understood the sport and empowered soccer people such as GM Perry Van der Beck, a Rowdies playing legend to make most sporting decisions.  But under Edwards who has meddled heavily in the sports side despite knowing little about the game, the team has finished 7th and 5th – yet fan discomfort with this current owner who has invested heavily in the club is more about his own eccentric behavior than actual results.

Ralph’s Mob, the Rowdies supporters group is one of the largest and most vocal in the NASL. From this base of fans and the strong youth soccer community in the Tampa Bay area, the club should be able to continue to grow its footprint. Winning a championship in the club’s first season, 1975 may have been critical at a time when few locals knew of this strange foreign game which was a “kick in the grass.” But in 2015 savvy fans want to see progress towards a long-term vision on and off the pitch, and the Rowdies this season failed to deliver on that. The club has history and great fans but its value system which is more important to those fans than short term results is now in serious question.

Thursday: Part II –  The soccer side of things.