Setting up for failure: The Florida Democratic Party and Alex Sink. 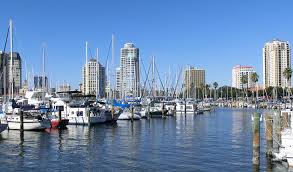 Well, another race and yet another Democratic loss. For years, one of the most popular quotes in Democratic circles has been “as soon as Bill Young retires or dies, Democrats will easily win that seat”. Well, that time has come and, as of 7:30 PM EDT, that time has passed. Democrats blow another opportunity at another seat that they should have won.

Looking at this race, there were some obvious problems from the start.

The first problem was the recruitment of Alex Sink, a candidate who screwed up an open-and-shut race for governor in 2010. While her 2010 campaign was poorly executed (mostly by those who would eventually run the Florida Democratic Party into the ground under Rod Smith), it was just her overall performance that eventually led to less-then-impressive results. When she easily won the CFO race, she was rarely on television, and won the position by endorsements and a strong resume. When she ran for governor, she actually had to speak often publicly. Her speaking skills are quite weak, and her debating skills were even worse.

Alex Sink was a candidate that the Florida Democratic Party rammed down the voter’s throats. But this is not the first time. Over the last two decades, the FDP has “reused” a candidate to run them in races where the FDP thought they had a chance of winning. Bob Butterworth and Betty Castor are just a few examples of the FDP “going back to the well ” when it comes to candidate recruitment. The fact that they continue this practice shows that the FDP has huge problems when it comes to statewide candidate recruitment. Just look at the current Democratic Party line up for State House and State Senate candidates. Oh, and let’s not forget that the Democrat’s current best hope to win back the Governor’s Mansion is a former Republican governor. These examples show that under Allison Tant, the FDP still has not addressed the candidate recruitment problem, which is kind of important!

But back to CD 13 race. David Jolly was a candidate who could rally his base. Alex Sink was not. This was the exact same problem that led to Sink’s defeat in 2010. Democrats stayed home because a former bank president didn’t serve their interests. Sink, as well as the Florida Democratic Party, did not give Democrats or progressives a reason to vote for Sink. During the campaign, Sink talked about “bipartisanship”. Apparently, Sink didn’t get the memo that Democrats are highly partisan voters as well and are cynical, especially of Tea Party Republicans. If she would have come out as a progressive, she might have won that extra 2% needed. Instead, she tried the play the middle road, using DLC-style tactics, which is still popular with the vendors that the FDP still uses in Tallahassee. These vendors and consultants are living in a world dominated by Republican lobbyists and deal-cutting in the legislature. They do not understand Democratic activists and that was obvious again in tonight’s result.

FDP and DLC-style tactics might have worked in the early 1990s, but they do not work today. This is especially the case in a special election. Those who are independents usually don’t vote in special elections. And if they do, they are usually ideologically attached to one of the two political parties. In this case, independents did have a Libertarian candidate to vote for. If he wasn’t in the race, Jolly’s margin would have been higher. The Sink campaign’s biggest problem was that they were running a general election strategy during a special election. Special elections are determined by ideology and political bases, period. The FDP and Sink campaign failed to understand this elementary concept of election campaigns, which has now proven to be fatal.

Once Sink was the forced Democratic candidate, it was just a matter of time before this entire election imploded. She was the wrong candidate, campaigning on the wrong issues, being helped by the Florida Democratic Party and their vendors, who have no track record whatsoever of winning any meaningful elections. Basically, CD 13 was doomed from the minute the FDP played a central role in the campaign even with the continued role of the DCCC.

But, of course, Debbie Wasserman Schultz is spinning it as a “Democratic victory”. A few hours after the polls closed, she tweeted this:

Living in denial is not the way to conduct political campaigns, and neither is having a mutual admiration society. Instead, Democrats need to tackle their problems head on!

Tomorrow my colleagues Ryan Ray and Kartik Krishnaiyer will have more thoughts on this race.